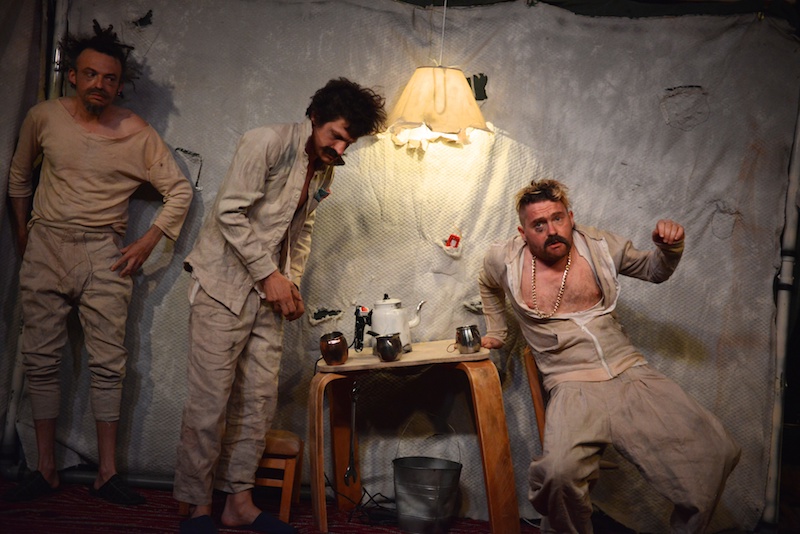 Clowning, objects, a falling-apart house, and a cup of tea

Three men wake up in the morning and slowly head in one direction, towards the kettle: the magic key for the new day. Where are they? They don’t know. Where did they come from? They don’t remember. One thing is certain: It’s time for a cup of tea! A physical comedy about three eccentrics sharing a crammed, run-down flat: bulbs burning out, pipes bursting, mosquitoes biting, brains jammed, the outer world sending threatening signals… But these gentlemen want to have tea, and they will have it, even if the entire world is falling to pieces!
Under Construction draws the audience into a poetic, phantasmagoric realm, saturated with absurd humor. And beyond the clownesque and the grotesque, the physical virtuosity and the laughter, the show reveals insights about the world and how we cope with it.

Directors’ Note
The show was written and directed through the collective work of the DAVAI group, which was formed in Tel Aviv in 2013 by the three of us – Fyodor Makarov, Alexey (Losha) Gavrielov, and Vitaly Azarin. We were all born in the former USSR and moved to Israel when we were teenagers. Throughout the years we have preserved a sense of belonging to another culture, and we still feel “aliens” in our country of residence. In this show we invite the audience to join the eccentric, anarchistic, and yet gentle atmosphere of our “alien” capsule, get carried away in our day dreams, and laugh together with us at the idiotic encounter between man and technology. Our common interest is physical theatre. Background training includes drama, clown, voice, photography, philosophy, cinematography, circus, music. Besides Under Construction, DAVAI have created a non-verbal children’s show, That Round Thing, an all-family clown workshop, The Red Ridinghood, a street show called Mama and a few solos. DAVAI is an independent theatre group, supported by the Israel Ministry of Culture and the Israel Ministry of Foreign Affairs.

Fyodor Makarov was born in Moscow and has been working in the field of clown theatre since he graduated from the School of Visual Theatre, Jerusalem, in 2000. In 2001 he became a part of Slava’s Snowshow, a world-famous award-winning masterpiece of clown theatre. In 2008 he co-founded ISH Theatre, and has toured with the show Odysseus Chaoticus and others in more than fifteen countries, including India (BRM Festival, Delhi, and ITFoK Festival, Thrissur). He created numerous solo projects for adults and children. He collaborated with Adam Read (Cirque du Soleil) on The Lost Wheels of Time (2015), an outdoor clown show, which was performed in nine countries, including India (ITFoK Festival, Kerala).

Losha Gavrielov was born in Yakutsk and studied theatre at the Sophie Moskovitch School of Arts, Tel Aviv. He directed numerous clown shows and received international awards for his work, including 1st Prize Award for The Hag With A Bag (Toronto Fringe Festival, Canada). Tours internationally with the children’s clown solo Apchee, nominated for Best Children’s Theatre Show Award in Israel, 2015, and with the children’s duo That Round Thing.

Vitaly Azarin was born in Kharkov and has been working in street theatre since 2005. He studied clowning with Michel Dallaire (first clown of Cirque Du Soleil). He graduated from the Film Department at Tel Aviv University. Solo clown shows he created for adults: The One Thing Show (2013); and for children: Smartphone Bros (2016). He toured internationally with The One Thing Show, which was awarded 1st Jury Prize at the 11th Moscow Clown Festival. He has collaborated with the Israeli Opera, Fire People Show (Russia), and Théâtre Du Faune (France). 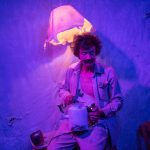 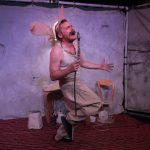 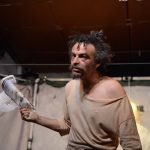 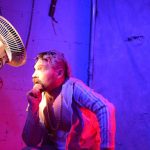 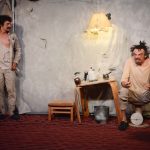 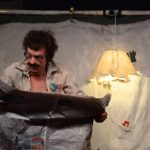 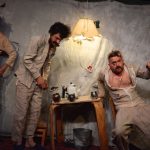 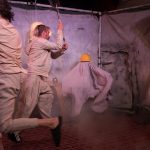