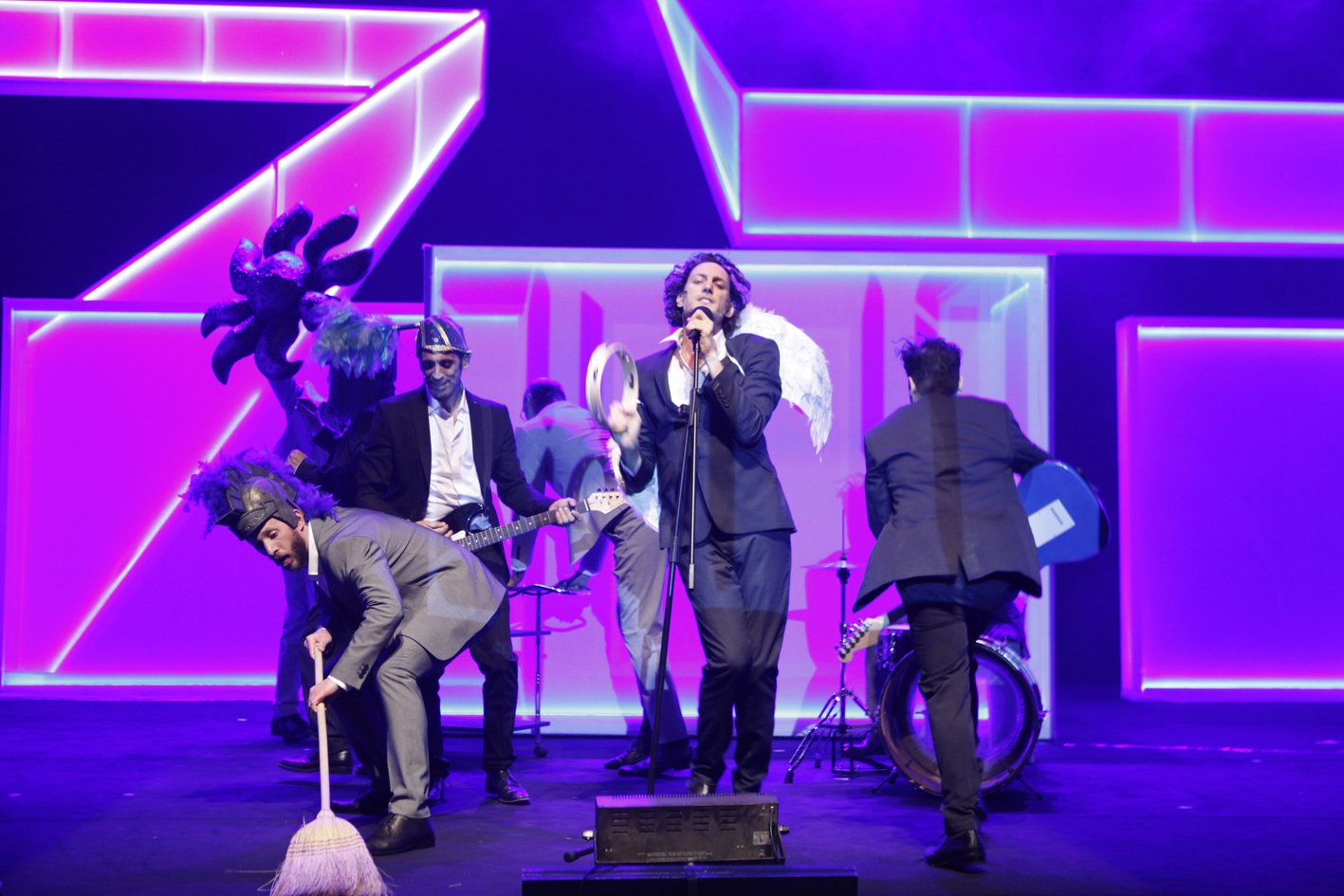 When Wilde’s book was published in 1891, it was considered dangerous, vulgar, and immoral. Yet the book established Wilde as one of the important representatives of “Art for art’s sake”, and the novel and its protagonists have become immortal.
Time is an essential element in the present adaptation. The story is told from the end to the beginning. Dorian Gray wishes to go back in time and get a once-in-a-lifetime chance to collect his sins and make amends. His portrait is a reflection of the sterile characters around him that suck his soul dry and make him ugly. The ugliness is an allegory of the degeneration of a society focusing on external beauty rather than the human soul. Is it Dorian’s portrait? Or is it a reflection of all who watch him?

“A riveting work of art, original, and inspiring. The mere fact of being presented in a mainstream theatre is a miracle, and brings honor to those at the head of Habima Theatre”.

Yehezkel Lazarov is an interdisciplinary artist. He danced with Bat Sheva Dance Company for four years (1993-1997). He studied theatre at the Actors’ Centre in London before joining Gesher Theatre and the Cameri Theatre as an actor. Lazarov is the director, adaptor, set designer, and choreographer of all his works: Fathers & Sons (Ivan Turgenev), Gesher Theatre; The Picture of Dorian Gray (Oscar Wilde) Habima Theatre; Desire at Dusk, Habima Theatre, (Hanoch Levin); Alice (by Roee Chen, inspired by Lewis Carroll), Gesher Theatre; Falling Out of Time (based on David Grossman’s novel), Gesher Theatre; Igloo (Yehezkel Lazarov), premiered at the Israel Festival, winner of the Fringe Award for Best Director.
Lazarov is the artistic director and co-founder of Studio Ankori Middle and High School for creative thinking and entrepreneurship. Initiator, artistic director, and curator of AZA13, a new art venue in Jaffa. Censorship, Demonstration, and The Art to Survive are a few of his multidisciplinary exhibitions. He has written and directed a few short films, Snow, Lashabiya, and No Lifeguard, which have been screened to great acclaim at several international film festivals. Lazarov has played leading roles in numerous films and television productions. As a visual artist, Lazarov has shown photography and video-art works in several gallery exhibitions.