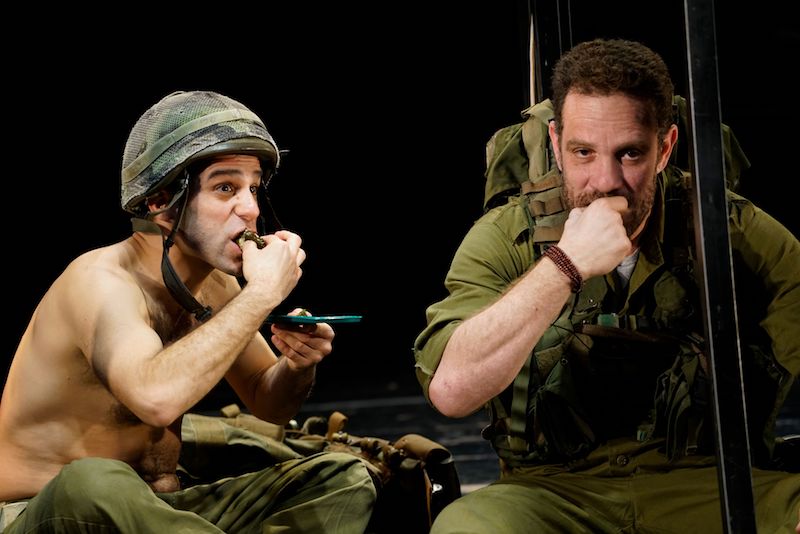 In a tunnel, dug for terror purposes on the border between Gaza and Israel, two Israeli soldiers, beat-up reservist Iftach and “green” draftee Tzlil, are joined by two Palestinians – Mansur and Hisam. One of the four will become a “living grenade”, while above ground a political and media circus is playing with their lives.
In the Tunnel is a witty show, in which the media confronts the lack of communication prevalent in the world, and reminds us that sometimes politicians choose to ally themselves with one another at the expense of their voters. “Life teaches us that there is a light at the end of the tunnel, but in this tunnel, if you see a light, draw your weapons”.

“A concert of directing and acting… Gesher Theatre takes a central position on the satirical front with a brilliant play that squeezes reality to its core”.

Roy (Roee) Chen is an author, playwright, and translator. Since 2007 he has headed the Drama Department of Gesher Theatre (Tel Aviv). He has published two books: The Ink Horses (2005), and Tel Aviv Tales (2011). He has translated prose, classic fiction novels, and over 40 plays from Russian, French, and English into Hebrew (including Pushkin, Dostoevsky, Bunin, Gogol, Kharms, and Moliere), and represented Israel in book fairs in Frankfurt, Moscow, and Lvov. Original plays: Herzl Said! a dream-satire (Gesher, 2017); In the Tunnel, a political satire (Gesher, 2017); Spirit of the Theatre, a family show (Gesher, 2016); I, Don Quixote, a story of two convicts and one book (Gesher, 2015); Alice, inspired by Lewis Carroll’s books and biography (Gesher, 2015); and The Odyssey, based on Homer’s masterpiece, a family show (Gesher, 2014). Adaptations for the stage: The Dybbuk, based on S. Ansky’s classic play (Gesher, 2014); A Pigeon and a Boy, based on a novel by Meir Shalev (Gesher, 2011); Six Characters in Search of an Author, based on the play by Luigi Pirandello (Gesher, 2010); Enemies, A Love Story, based on a novel by Isaac Bashevis Singer (Gesher, 2008 and Sovremennik Theatre, Moscow, 2011); and The Jewbird, based on a short story by Bernard Malamud, (Gesher, 2007).

Irad Rubinstein is an actor, stage director, and writer. Winner of the Israel Theatre Prize for his direction of Romeo and Juliet at Beer Sheva Theatre, and winner of the Israeli Fringe Theatre Award for his adaptation of Ward No. 6. He studied acting for both theatre and cinema, and is currently on the faculty of the Yoram Loewenstein Acting Studio. Directing credits include: 1984 and Coriolanus at Habima National Theatre; In The tunnel and Mr. Vertigo at Gesher Theatre; King of Dogs and A Mountain Will Not Move at Beit Lessin Theatre; Romeo and Juliet and The Green Mile at Beer Sheva Theatre; and The Big Notebook at Hangar Gesher Theatre. Acting credits include: Romeo and Juliet at the Cameri Theatre; Ward No. 6 (based on Chekhov) at Simta Theatre; The Hunchback of Notre Dame at Beer Sheva Theatre; and Someone to Run With (based on David Grossman) at Beit Lessin Theatre in a coproduction with Beit Zvi School of Drama. He also participated in numerous TV series and films including Beit Lehem, Jerusalem Syndrome, and Prisoners of War (the original Israeli Homeland). Writing and adapting credits include: Liaison Dangeureuses, Doña Flor and Her Two Husbands, The Golem, The Green Mile, Mr. Vertigo, and King of Dogs.

The Dybbuk by Roee Chen > 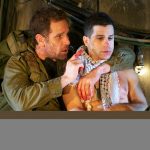 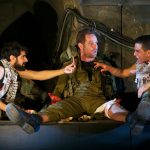 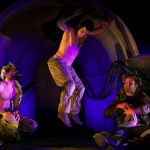 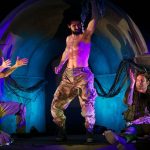