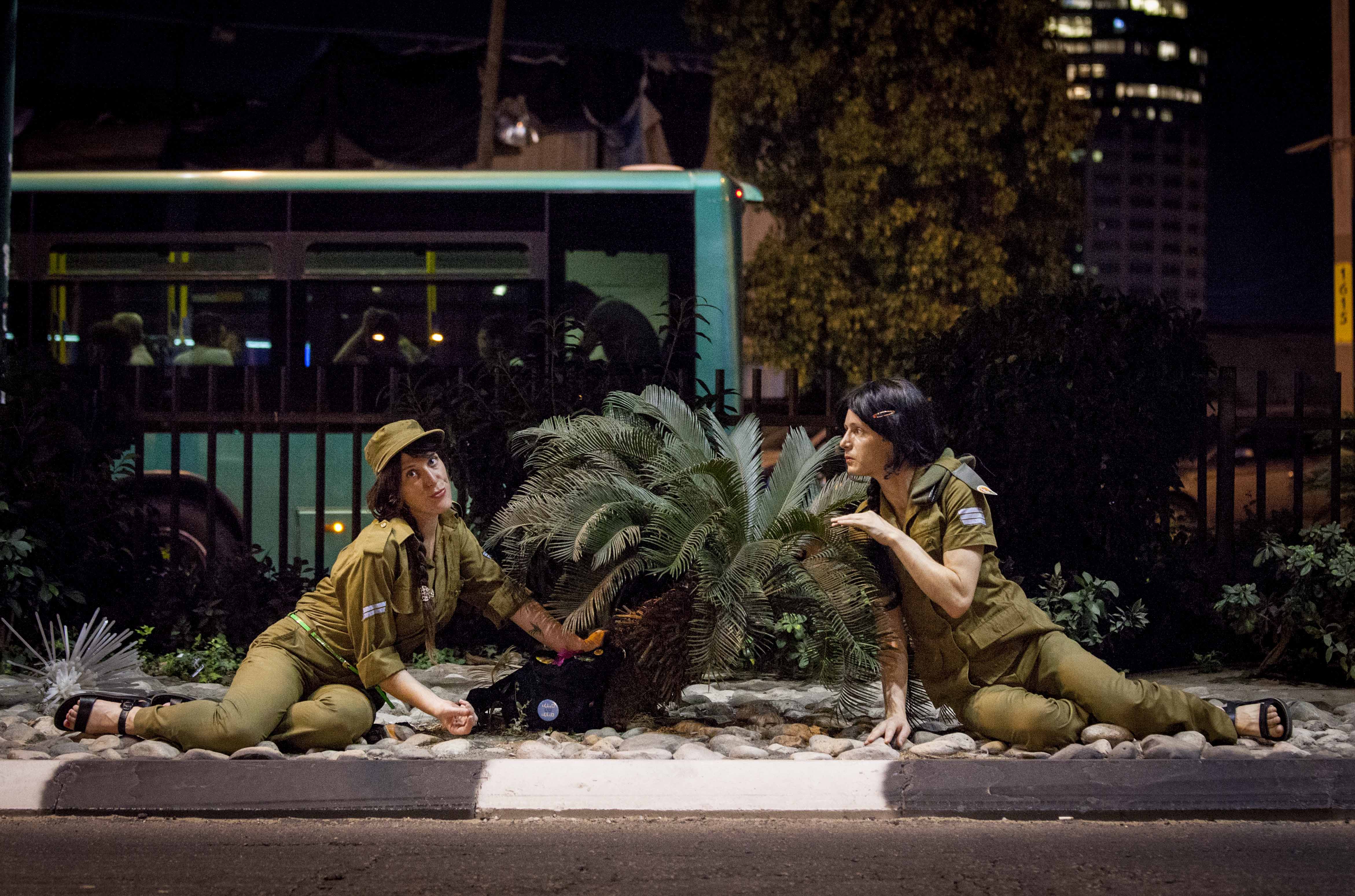 GIRLS IN ARMS is a combat-heritage guided tour to various chosen sites, lead by the characters of Jenny & Janna, two soldiers serving in the IDF’s (Israel Defense Forces) spokesman department. Each tour is especially composed for the site and is based on a detailed research of its history and current function.
The new, fabricated stories interact with the real ones and highlight problematic, hidden or repressed aspects of the site’s general image.
This satirical, highly political and hilarious performance invites its participants to reconsider political, social, cultural and emotional layers of familiar sites and to rethink them as part of a larger frame.