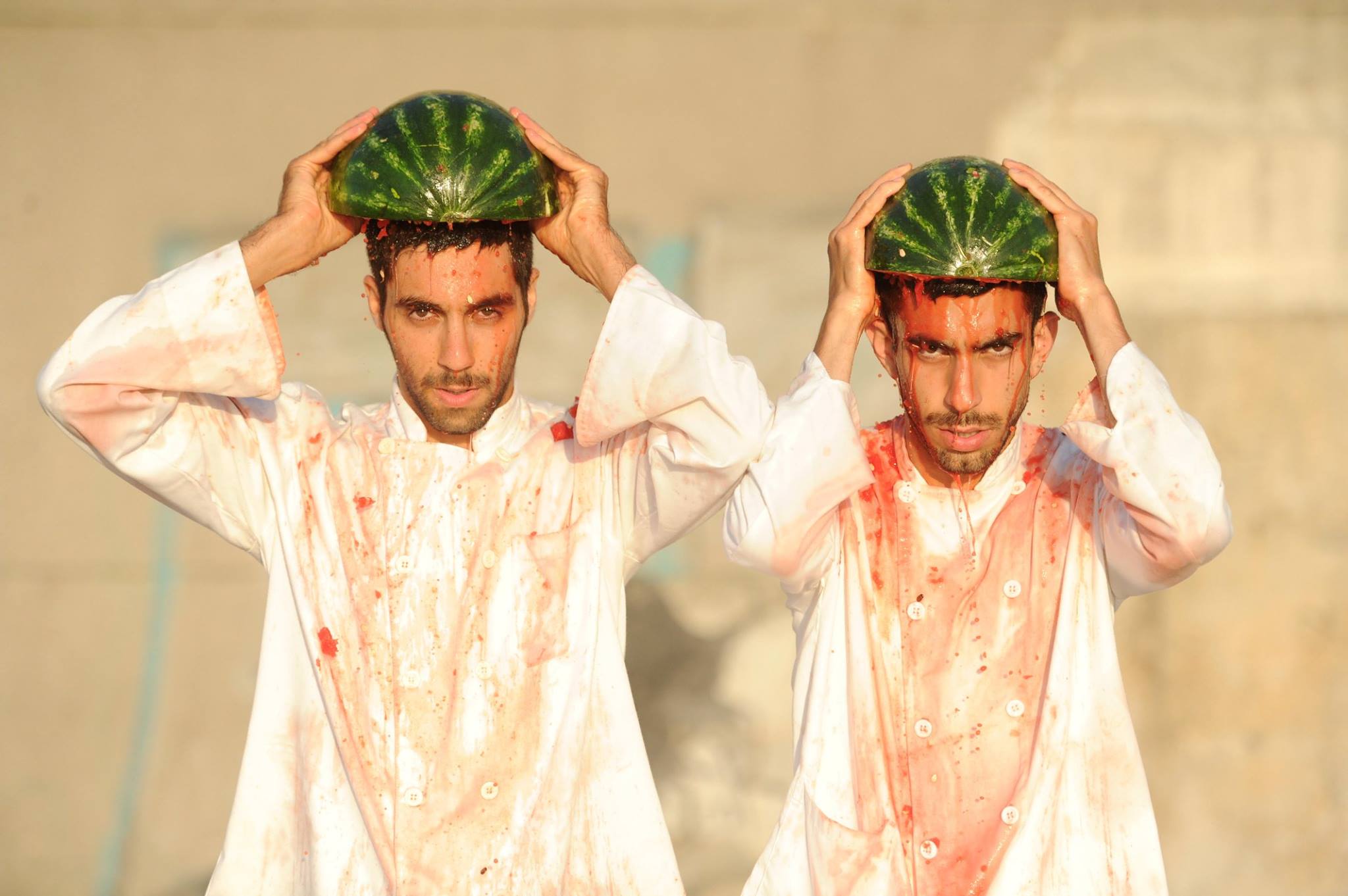 A culinary warfare predicament in three acts.
Two generic soldiers from two opposing armies combat in an endless barrage of food. Their constant objective will wreak mayhem while trying to conquer, abuse, and kill their opponent. Scorching marshmallow darts, soaring carrot spears, popcorn ricochets; they will use anything they come across to even slightly advance towards their goal.
This performance aspires to reveal the liminal boundaries of child’s play and sheer ego by creating a grotesque display of force that allows and demands us to question whether the true nature of loathing and warfare is all that different.
The show premiered at the Acco Festival of Alternative Israeli Theatre, 2016.

Nitay Shalem is a visual artist, VJ, performance artist, and cinematographer. He was born in Akko in 1990 and currently lives in Tel Aviv.

Sivan Fressler is an actor, scriptwriter, and cinematographer. She was born in Ramat Gan in 1991 and currently lives in Tel Aviv.

We discovered our synergetic artistic style while studying at Nissan Nativ Acting Studio. Our lessons paired us together to create a visual representation of our work on stage. This led us to create in other fields of expression that we were naturally drawn to: screenwriting, directing, producing, photography, editing, and post-production. Soon enough we started making short films and video art that grew into the street and stage performance – Food Fight. 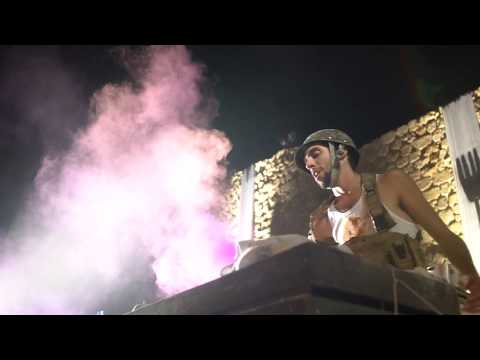 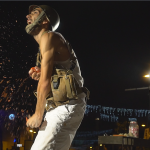 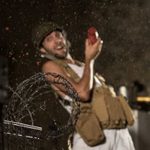 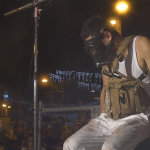 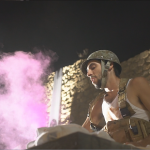 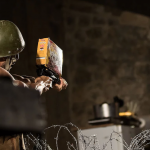 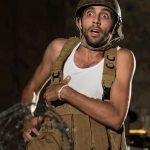