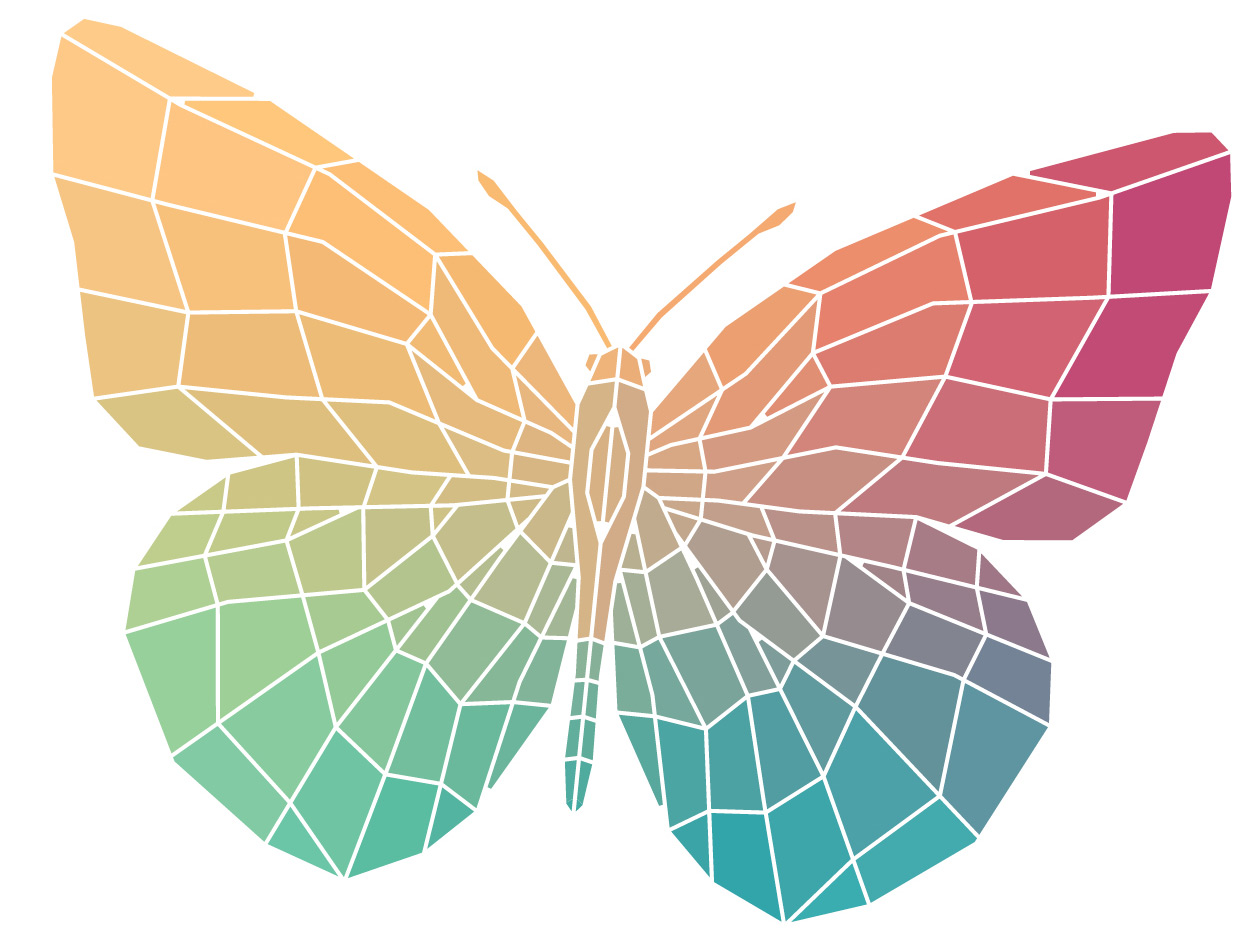 In Israel, anything associated with the Israeli-Palestinian conflict is referred to as “the situation” (“HaMatzav”). This is done out of fear of naming those in conflict, or the details of that conflict, because any such specific categorization is itself politically charged. Yet, the subliminal keeps rising to the surface, even if with great difficulty, because how do you talk about “the situation”? How do you give it a name, a shape or structure, without using clichés or getting entangled in efforts to maintain political correctness? How do you write a disturbing drama that will shake people to their core in a reality that is so complex and has multiple facets, narratives and wounds?

When you look at Israel’s social and political aspects through the prism of Jewish-Arab relations, you can either look away and ignore what you see, or you can delve into the issue and strike a nerve. So, how do you represent a bleeding reality on the stage? Do you seek balance? Is it even possible to represent the other without being in their shoes? Do they want such representation or presence on the stage? And, can you really talk about everything? Maybe both the creative team and the audience would prefer escapist theater
rather than theater that provokes them to explore their convictions regarding “the situation”?

A personal and intimate solo performance that engages with the question of belonging, with a single actress on the stage asking, what is identity? Do we create our identity or is it imposed on us? Through deconstruction and exaggeration, construction and destruction, the actress shifts between the poles of belonging, delves into her personal history that seeps into the collective history of a young generation whose belonging has been taken away from it. Thus, she attempts to find a physical and mental space of belonging within the ruins left behind by others. The stories in the performance are the stories of three grandfathers, two of whom are the actress’s actual grandfathers, while the third is a grandfather she encountered in Journal of Citizen S, a short story by YihyeYahlouf.

Siwar Awwad
Holds an MFA from the Actor-Creator-Researcher Program at Tel Aviv University (2018), and a BA in Acting and Directing from the Department of Theatre at the University of Haifa (2015). Created Missed (Muhmatz) for Tribuna Festival, Tel Aviv University; directed Akhir Yom be-Al Rabia, a personal production in collaboration with actress Fidaa Zidan and El-Hakawati Theatre (2018); co-created and performed in Show of Hands directed by Efrat Steinlauf (2017); directed Behind Closed Doors at Khashabi Theatre (2016); performed in: Enter, Faadi, Enter! directed by Atay Citron and Ari Remez and in Entry, directed by Bashar Murkus, Department of Theatre, University of Haifa (2015); Baby Bird, an ensemble production performed at the Haifa International Children’s Theatre Festival (2015). 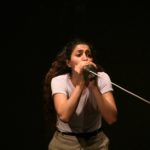 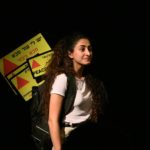 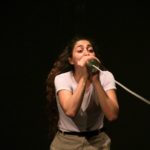 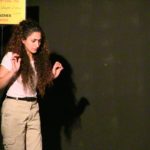 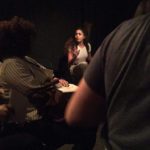 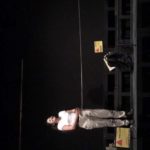 Written and directed by Yaron Edelstein

Avot is a young poet, frustrated from making a living as the weatherman on Channel 51. One evening he finds himself caught in the middle of a terrorist attack. His coverage and the live broadcast on prime-time TV brings him, for the first time, a moment of fame and recognition. This new found sensation shakes his entire existence, and he decides to initiate attacks himself in order to have exclusive coverage.
He begins by making hateful graffiti, which provoke a strong public response. To fulfill his growing need for attention, his attacks become more frequent and violent.
Avot is not the only one whose life is gravely affected; his story is interwoven with those of eight other souls, who also get caught up in the storm of events. Their lives turned inside out, each must embark on a journey, searching the streets and the alleys of their soul.
This is an urban fantasy about love and loneliness, about the existential search for meaning in third-millennia Israel.

Yaron Edelstein
Playwright and director, aged 39, graduated from the Theatre Directing Program at Kibbutzim College of Education (2006), where he currently teaches acting and dramatic writing. Yaron is the recipient of the 2010 Israeli Fringe Award for The Creature (with Tal Brenner), of the 2013 Acco Festival of Alternative Israeli Theater Award for Pffffff, which he wrote and directed with Aharon Levin, and of the Heidelberger Stückemarkt Festival Playwrights Award in 2010 for Mountain (with Dalit Milstein). The play was directed by Timo Krstinand performed at Heidelberg Theatre in 2011. Additional plays Yaron has written and \ or directed include The Seagull (Kibbutzim College, 2017), The Little Mole Rat (Tel Aviv Museum, 2015, with Aharon Levin), Nana’s Friends (Tmu-na Theatre, 2009). Yaron has participated in previous International Exposure of Israeli Theatre and Isra-Drama events with Mountain and Pffffff, which have been translated into English, German, and Polish. 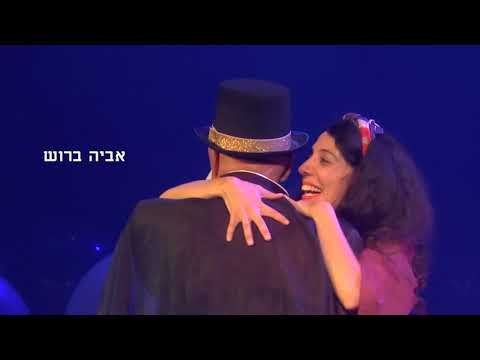 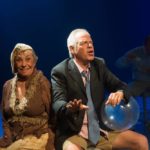 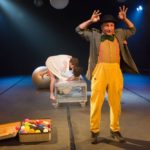 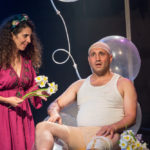 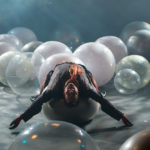 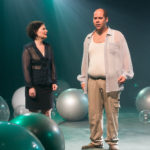 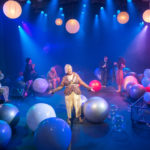 Bereaved is a modern day tragedy – a poetic story about an ancient and bloody conflict, and about the loss of children. On a routine evening, two bereaved couples from both sides of the conflict meet: the clash between the four reignites a flame within their mourning and paralyzed soul. They strive to relieve the pain and release the strangling desperation that has enveloped their lives since the loss of their child.
The unmediated encounter with the enemy’s face and voice breaks down the collective defense mechanisms, and allows a genuine and brave dialog to emerge; from the darkest abyss, empathy and a clear-eyed necessity to act and move forward is born.
The show takes place in a theatre in-the-round, the stage covered with black dirt, and with four chairs in the four corners of the stage. Throughout the show, the actors do not leave the scene – they are bound to stay, sometimes against their will, in an absurd reality.

Joshua Sobol
Playwright, author, and director. Born in Tel Aviv, Sobol has written more than seventy plays that have been performed in Israel and around the world, and he has directed more than twenty productions. His writing has won him awards in Israel, Germany, Austria, UK, Japan, and the US. Sobol’s plays include: The Jerusalem Syndrome, Ghetto, Weininger’s Night (The Soul of a Jew), The Night of the Twentieth, Alma ,I Witness, ,and Village.
He studied philosophy at Sorbonne University, Paris, and holds a PhD in Philosophy from the Weizmann Institute of Science. Sobol is the recipient of the 2010 Israel Theatre Award for Lifetime Achievement. 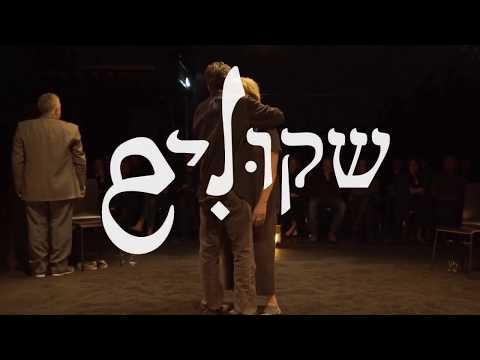 Shmuel Bloom is stabbed by his wife Adina, and lies dead before his horrified children. Adina can’t explain her unexpected murderous act, and implores her children, Simon and Ruthie, to save her from a life in prison. Ruthie decides to dispose of their father’s body on the outskirts of a remote settlement near the Palestinian West Bank in order to confuse the authorities. Even though Joshua, a resourceful police officer, is determined to bring the true offenders to justice, the obscure incident is identified as a terrorist act, and the Palestinians from the village nearest to the scene of the crime are blamed for the murder. Adina is immediately identified as a tragic widowed heroine, and her husband is celebrated as a patriotic martyr who sacrificed his life for the good of the country. The Blooms are revered as new national celebrities and gradually become addicted to the deceit. They lose control of the fantasy they have invented, and embrace a twisted existence that loses its grip on reality.

Noam Gil
Noam Gil’s critically acclaimed plays have been produced in numerous venues all over Israel, from Habima National Theater and Beer Sheva Theatre to Tmu-na Theatre. He is the recipient of the Israeli Fringe Theater Best Playwright Award in 2016 for writing The Settler, and also the recipient, three years in a row, of the Kvutzat Avoda NGO (Work Group) Playwrights Scholarship Prize. Noam has written eight plays, three of which are currently showing around the country. A Suspicious Incident is Noam’s greatest success both critically and commercially, a play that was celebrated as “remarkable, funny, meaningful, and intelligent theatre…A dark comedy, a mystery with numerous twists and turns that won’t stop amazing its audience” (Eitan Bloom, Haaretz). A Suspicious Incident is the second installment of Noam’s The Delusionals Trilogy, in which The Settler is the first, and Toys, his latest play which opened in September 2018, is the last. Noam holds a PhD in Literature and teaches at Tel Aviv University and Ben-Gurion University of the Negev.

Yigael Sachs
Actor, director, and playwright. Founder and artistic director of Kvutsat Avoda (Work Group) Ensemble, actor at the Cameri Theater and Kvutsat Avoda Ensemble, and founder of The Israeli Drama Development Fund.
Acting: Graduated from Beit Zvi School for the Performing Arts, and performed in most of the repertory theaters in Israel, and in television dramas and series.
Directing: at Kvutsat Avoda Ensemble – Idealism, Usurper, Suspicious Incident, Toys, Mud, and Fatty and The Ass; at Hasifria Theatre –Proof, The Collector, Wait Until Dark, and Steel Magnolias; at Tzavta Theater –Nymphs in The Mist. 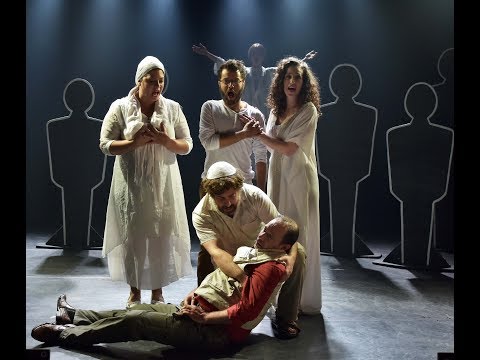