Adapted and directed by Udi Ben-Moshe

Napoleon Bonaparte escapes the world of the dead into the nineteenth century. He wishes to come back to life in order to correct his biggest mistake: invading Russia. All the demons of the underworld, headed by its rulers Lilith and Samedi, pursue him. In their efforts to stop the unruly deceased, they scatter fake Napoleons all over Europe, hoping to confuse and exhaust the original one, and convince him to return with them to the underworld. Brighella, a hit man hired by the Neapolitan Mafia to assassinate the emperor, is also there, joining the array of colorful characters living in Europe between 1806 and 1814.
Nissim Aloni’s magnificent play deals with illusion and truth; with our constant sense of missed opportunities and our desperate attempt to overcome these feelings, using sorcery to beat death – the theatre.

“Abundant ideas of the director fill the stage… Erez Shafrir, the “real” Napoleon, wanders among the souls of the dead and history with such charming ease. It is great to meet Nissim Aloni again and relive his demon-human comedy” (Zvi Goren, HaBama)

Udi Ben Moshe
Artistic director of the Jerusalem Khan Theatre. Graduated from the Nissan Nativ Acting Studio, and performed at Haifa Theatre.
Directing at the Jerusalem Khan Theatre: The Summer by Roman Weingarten, Marriage by Gogol (Best Comedy Award), The Fire Raisers by Max Frisch, Madame’s Late Mother by Georges Feydeau, The Great Magic by Eduardo de Filippo, The American Princess by Nissim Aloni (Israel Theatre Award for Best Revival Production), Scapin the Schemer and The Imaginary Invalid by Molière (both of which won the award for best comedy), Twelfth Night and The Merry Wives of Windsor by Shakespeare, and Napoleon, Dead or Alive by Nissim Aloni.
Directing at the Cameri Theatre of Tel Aviv: Make My Heart Flutter by Hanoch Levin (awards for best play and best director), The Good Person of Szechwan by Brecht, The Caucasian Chalk Circle by Brecht (award for best translated play), Suitcase Packers by Hanoch Levin (Yosef Milo Prize for Best Director), School for Wives by Molière, Mother Courage by Brecht, Everyone Wants to Live by Hanoch Levin (Yosef Milo Prize for Best Director), The Bourgeois Gentleman by Molière, Free Exchange Hotel by Feydeau, and As You Like It and Much Ado About Nothing by Shakespeare.
Directing at Habima Theatre: Lysistrata by Aristophanes.
Directing at Beit Lessin Theatre: Taming of the Shrew by Shakespeare (award for best comedy) and The Play That Goes Wrong by Henry Lewis, Jonathan Sayer, and Henry Shields.
Udi Ben Moshe teaches acting at Nissan Nativ Acting Studio.

Nissim Aloni (1926-1998)
Born in Tel Aviv, where he worked and created prolifically for fifty years. His life and work made him one of the shapers of the modern culture that developed in the city from the early 1950s.
An author, playwright, director, and translator, Aloni embarked on his artistic path in 1949 with the publication of short stories in newspapers and magazines.
His first play, Most Cruel the King, was produced in 1953 at Habima Theatre, marking the beginning of his longstanding relationship with the national theatre, where most of his plays were produced over the years.
In 1963, Aloni left Habima Theatre and together with Yossi Bannai and Avner Hezkiyahu founded Ha-Onot Theatre, where The American Princess and other plays were produced, all of which he directed himself.
His plays include The Gypsies of Jaffa, Aunt Liza, The Bride and the Butterfly Hunter, and others.
Besides his extensive theatre activity, Aloni wrote and directed several of the mythological skits for comedy trio HaGashash HaHiver, he translated and adapted numerous plays, and wrote articles that were published in the press, theatre programs, introductions for art and photography albums, and exhibitions, some of which are included in his book, Notes of an Alley Cat. 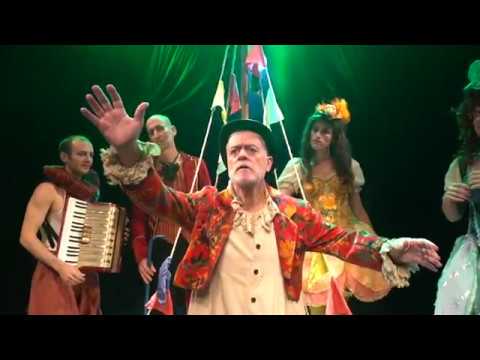