A documentary play by Lahav Timor

Dedicated to the mother whose son is going to war, this show is based on interviews with Israeli mothers whose sons have fought and returned home safely. It is performed by three young men, and asks us to turn our gaze to the front door of the house, and to the mothers and their psychological world shifting between fears, hope, prayers, and imagination. The interviews deal with the lives of the mothers at that time, and bring up questions such as: What is motherhood? What is life in the shadow of waiting for that knock on the door or the sound of a siren? What is the relationship in our country between mothers and sons, and between a mother and a soldier-son? The mothers’ words and souls are cast into the vessel of the sons’ masculine voices and bodies, thus creating a powerful experience of the mother trying to hold on to her son at all costs.

Lahav Timor
A theatre director and playwright. He grew up in Kibbutz Saad in the Negev and started his theatrical practice working with populations at risk in Jerusalem and Sderot. He studied theatre directing at Kibbutzim College of Education, Technology and the Arts. Since the beginning of his artistic work, Lahav has explored the transformation of literature for the stage, and created two plays for children based on books by Nurit Zarchi. His directing work engages in powerful encounters between two people and examines the disintegration of human identity. This theme is expressed in Ashes to Ashes (Pinter) at Jaffa Theatre; See Under: Love (David Grossman) at Hasifriya Theatre; Benghazi Bergen Belsen, inspired by Yossi Sucary’s novel and performed at La MaMa Theatre in NYC. The theme continues in his current play, Mothers, Three, where the focus is the relationship between mother and son. Alongside his artistic work, Lahav teaches theatre at Kibbutzim College of Education, Technology and the Arts and at Shaar Hanegev High School (near the Gaza Strip), and is interested in creating a connection between theatre and place. 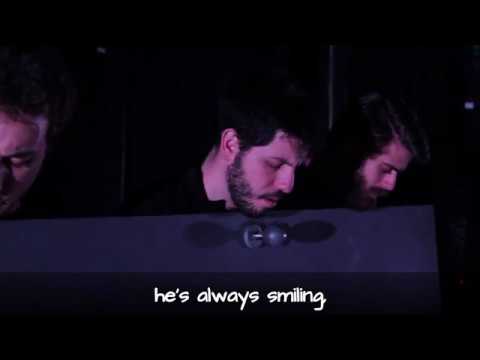