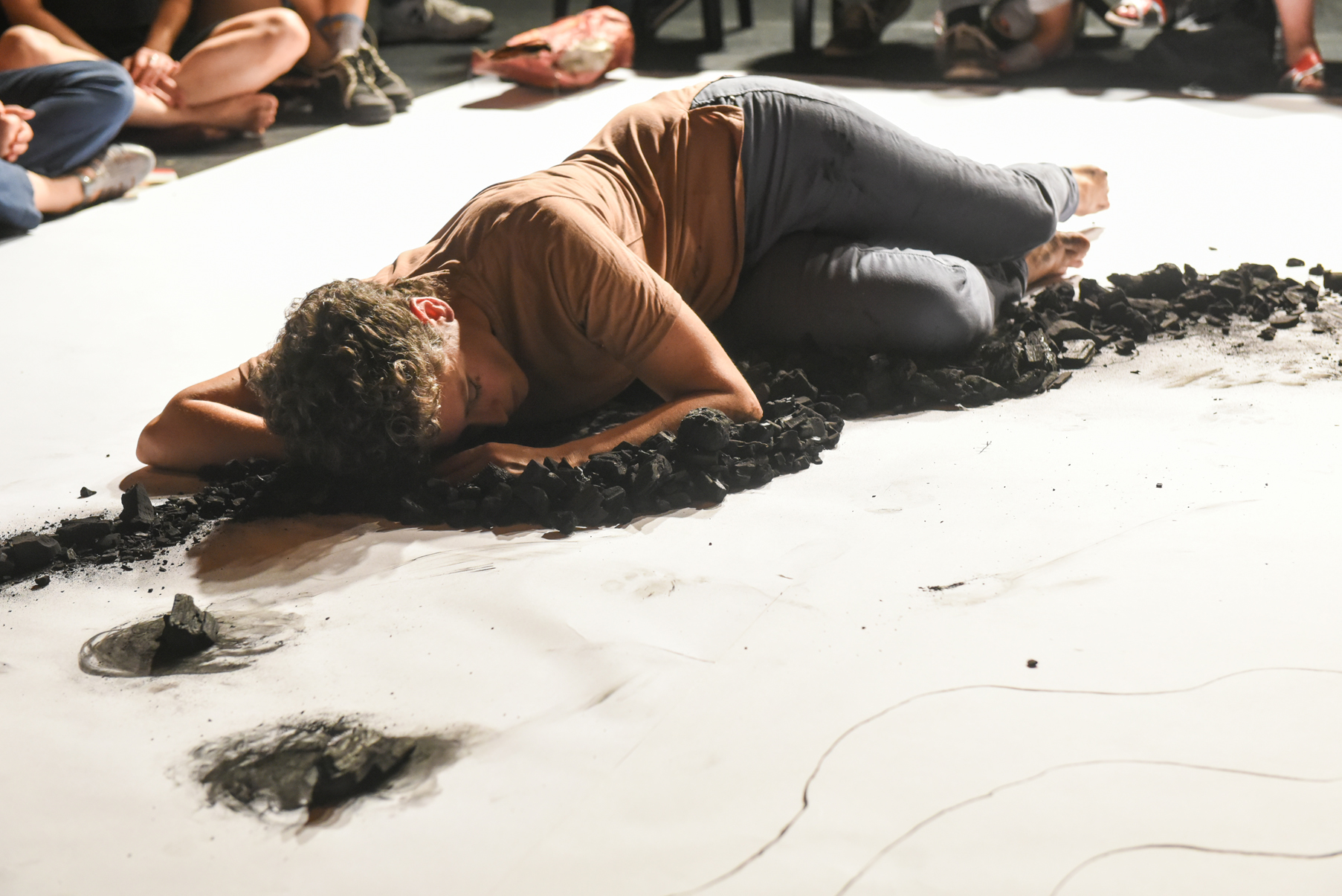 A participatory performance for a land and an audience

It’s been a long time since we’ve actually spoken with it. It seems we have lost our way to it. Maybe the map can no longer be read? In order to draw a new map, we would need to sort out our relationship with the land, as we pass through the geography, the body, and the heart. The Land of Israel will be attending the show, and it has a few questions to ask you. SurFace was supported by a grant from the Rabinovich Foundation for the Arts and was part of the 2017 A-Genre Festival at Tmu-na Theatre in Tel Aviv.

Nofar Sela (aka Nufar Sela) is an interdisciplinary artist working in performance, visual art, and text. Sela is a member of Pandora Collective – an independent artists’ initiative based in Jerusalem – where she develops her works, accompanies the development of her colleagues’ works, and initiates and curates performance events.
In 2012 Sela received a BFA with distinction from Bezalel Academy of Arts and Design, Jerusalem. During her studies she participated in a student exchange program in Escola Massana, Barcelona. In 2007 Sela studied interdisciplinary art in the School of Visual Theatre, Jerusalem.
Other performances include: I’ll Call You Right Back, Mom (2017), a short performance piece dealing with the human connection between mother and child. The performance is created on the spot, based on audience members’ insights and borrowed objects.
Red Alert (2015), an original stage piece written and performed by Sela, which combines object theatre and spoken word. Red Alert, developed in the Pandora Collective, was part of a variety of theatre festivals in Israel and was independently run in house performances. 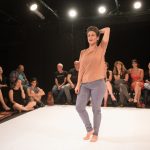