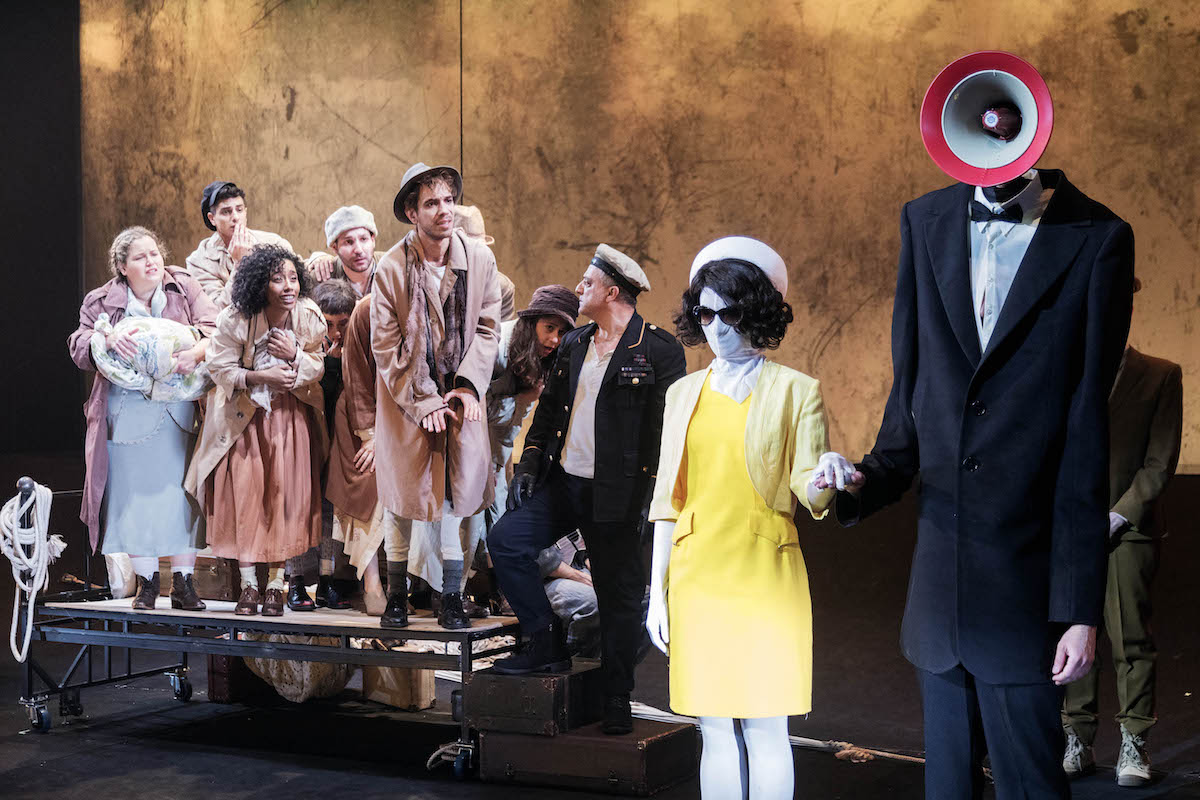 In the wake of the bloody events of Kristallnacht on 13 May 1939, the S.S. St. Louis set sail from Hamburg bound for Cuba with 936 Jewish refugees on board. The Cuban immigration authorities refused the refugees entry. The hounded vessel sailed from port to port hoping to find a country that would agree to accept its passengers.
The story of the St. Louis, on which the film Voyage of the Damned is based, to some extent inspired Hanoch Levin to write The Child Dreams.
Hanoch Levin’s masterpiece is a journey to a distant land, to the unknown, a flight from a menacing past to a consoling future. Levin’s skill in interweaving the warp and weft of satirical comic situations with expressive poetry leads to an emotional and sensory experience that realistically engages with the nature of human existence.
Replete with compassion and love of man, The Child Dreams is one of the pinnacles of Israeli drama – heartwarming, exciting, thrilling, and brilliant.

The Child Dreams was first introduced in 1993 as a joint production by Habima National Theatre, the Haifa Theater and the Israel Festival, directed by Hanoch Levin.

In 2010 the play was performed at the Israeli Opera, premiered worldwide, with music by Gil Shohat and was Directed by Omri Nitzan.
The opera was also performed successfully at the Wiesbaden Festival in 2012.

“The Child Dreams is a rich theatrical experience with powerful emotions” (Megaphone 21.2.2018)
“[The Child Dreams] is the highlight of Hanoch Levin’s work… The co-production provides a fascinating interpretation of Levin’s original magnificent text” (Mako, 27.2.2018)
“A poetic performance that has the ‘knowhow’ to shake one’s soul… An extremely impressive work by director Omri Nitzan alongside the wonderful original music by Josef Bardanashvili… A unique ensemble of both theatres… The dynamic between the main actresses is complete and authentic… no one can remain indifferent… The Child Dreams is a must-see production!” (Globes, 1.3.2008)

Omri Nitzan
Born in Tel Aviv, graduated from Drama Centre, London, and has been serving as the artistic director of the Cameri Theatre of Tel Aviv since 1993. Prior to that, he was the artistic director at Haifa Theatre (1980-1985), Habima National Theatre (1985-1991), and the Israel Festival, Jerusalem (1991-1993).
Nitzan has directed five Bertolt Brecht plays: A Respectable Wedding, The Rise and Fall of the City of Mahagonny, Mother Courage, The Caucasian Chalk Circle and The Good Person of Szechwan (Residenz Theatre Munich).
He has directed ten Shakespeare plays: A Midsummer Night’s Dream, Twelfth Night, The Merry Wives of Windsor, Richard III, The Merchant of Venice, The Comedy of Errors, As You Like It, Hamlet, Macbeth, Much Ado About Nothing and As You Like It.
Plays Nitzan has directed include: The Kitchen, Homeward Angel, Death of a Salesman, The End of the Beginning, The Servant of Two Masters, The Visit, A Family Story, Murder, An Enemy of the People, Democracy, Amadeus, Ghetto, Cabaret, A Funny Thing Happened, Bad Jews, and Mephisto.
At the Israeli Opera he has directed: The Elixir of Love (also performed at the Berlin Opera and the Savonlinna Opera Festival in Finland), The Italian Girl in Algiers, Otello, A Journey to the End of the Millennium by Josef Bardanashvili and A.B. Yehoshua (also performed at the Rome Opera), The Child Dreams by Gil Shohat and Hanoch Levin (also performed at Wiesbaden Opera House), and The Rise and Fall of the City of Mahagonny. He directed Nabucco in Tokyo, and Samson and Delilah at the Antwerp Opera.
Nitzan is the thirteen-time recipient of the Israel Theatre Award for best director and best play, and four-time recipient of the David’s Harp Award. In 2010 Hamlet was voted Israeli theatre’s Production of the Decade.

For the performance rights of the play: Shimrit Ron, Director, The Hanoch Levin Institute of Israeli Drama 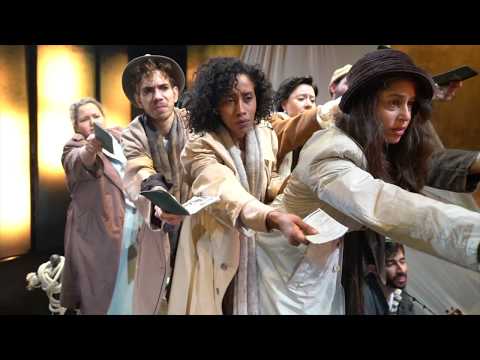