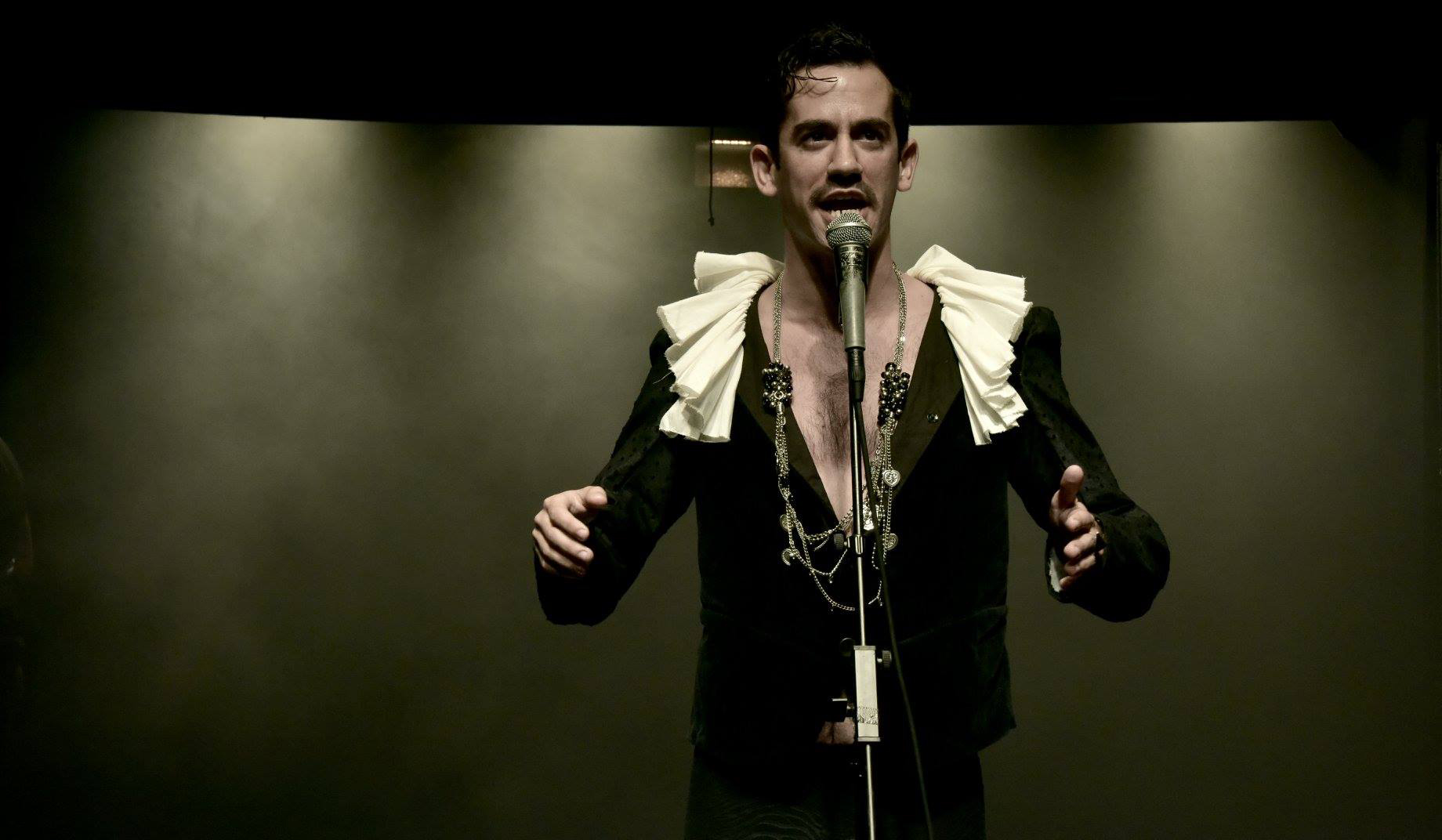 Photo by: Arale the sizzling shutter

Perlstein is the name of a unique project by Dafni Perlstein, a young, ambitious – and fictional- Israeli artist. She has decided to use the theatrical platform in order to investigate in an artistic manner the Holocaust, which is an integral part of her life as a granddaughter of a Holocaust survivor. In order to do so, she invited a group of young artists from all around the world for a residency of two weeks in Tel Aviv. Perlstein is the result of that workshop.

The show starts as planned, but as soon as the artistic numbers get more and more provocative, tasteless or just bizarre – the problems pop out. Technical, social, and artistic issues begin to arise, until Dafni, who cannot take it any longer, stops the show. She is the victim of her own attempt to take the thing that is so important to her, and to abuse it in an artistic way.

Dafni Perlstein is us, the next artistic generation in Israel that is struggling to find its own voice, in a world where everything has already been said and done, and yet many things are still not legitimate. Through Dafni and her attempt to deal with the Holocaust in a creative way, we try to figure out our relationship with the boundaries of art and our society.

The show and the artists are all fictional, and were developed by the group in a communal process, with no role division. All the actors wrote the show and directed it together. That was another decision meant to question the boundaries and titles we usually take for granted. The show premiered in the Acco International Fringe Festival, 2015.