Photo: Gerard AlonJehu is set in Israel and is one of its most fascinatingly complex tales, only growing more relevant over time. It tells the story of a sick, power-hungry leader who rules over an occupied territory. Cruelty, violence, and rage triumph over everything, and citizens find refuge only in madness. The show plays with illusions, creating a false reality in which ropes pull the actors here and there, and stunning red paint spills fromjars, mimicking the spilled blood of civilians.

Gilad Evron also wrote the plays A Mountain Does Not Move, Sky, Staring Eye, Kane, Don Quixote’s Claim, Other Places, a collection of short stories, and Bread, a screenplay for television drama. Tel Aviv University has published a selection of Evron’s plays. Evron had written Ulysses on Bottles priorto the sailing of the Marmara to Gaza.  His sudden death in October has left the Israeli theatrical scene shocked and bewildered. 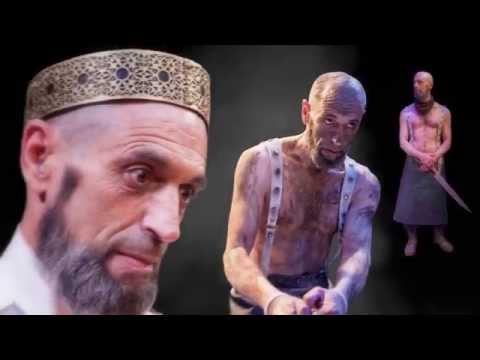