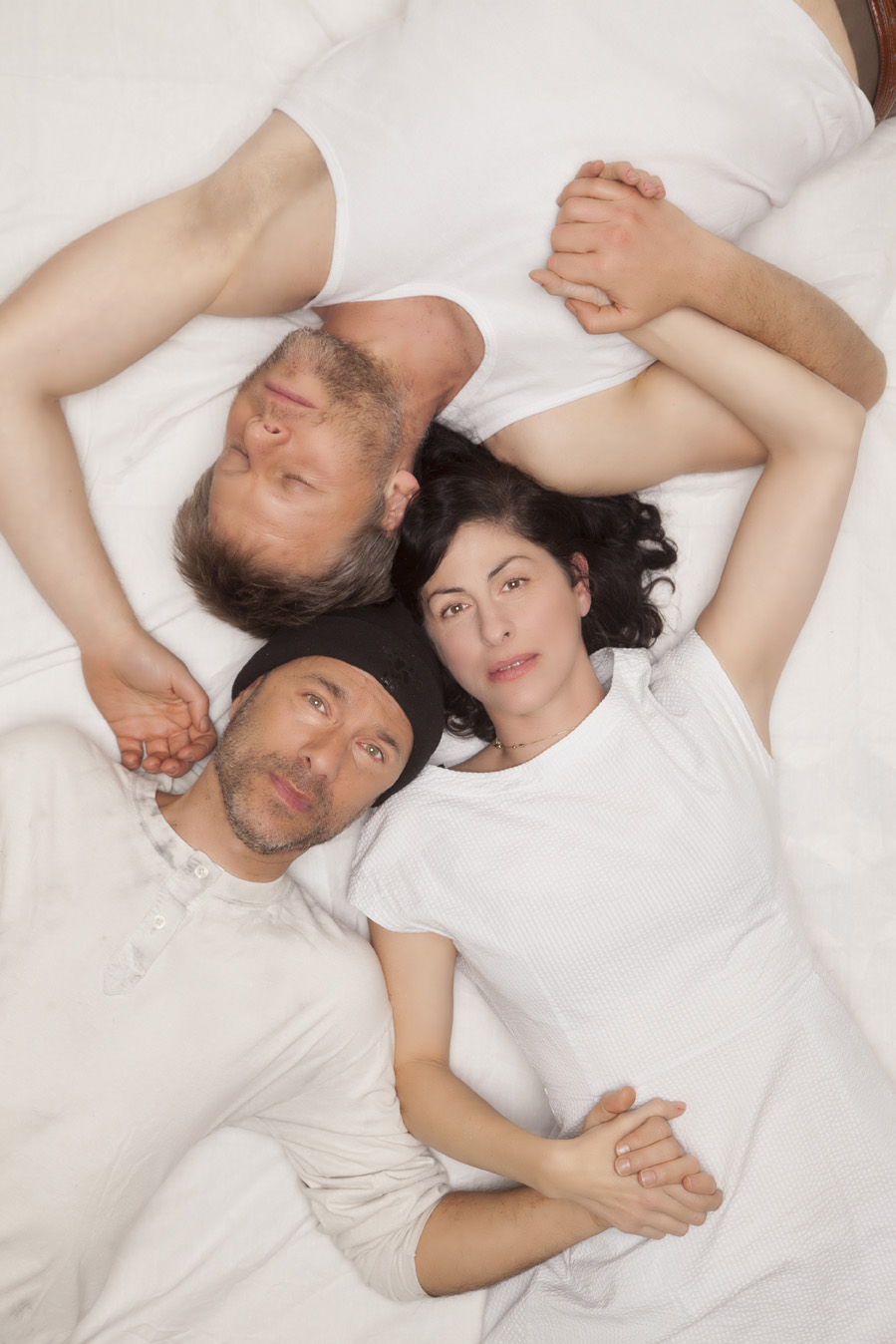 Adapted and Directed by Hanan Snir

A theatre phenomenon that plays to sold-out houses around Israel, and recently returned from a sold-out run at the Lincoln Center Festival, this drama based on David Grossman’s critically acclaimed novel explores the intertwining threads of love and family between Ora, Ilan, and Avram, who meet as teenagers in a hospital during the Six-Day War
in 1967.
Decades later, when Ora’s son volunteers to go to the Lebanese front, she escapes with Avram to the Galilee, clinging to the superstitious hope that if she can’t be found, she can’t be “notified” of her son’s death. In director Hanan Snir’s poignant staging, the characters’ ultimately aimless journey, with no defined destination and a constant intrusion of the past, becomes a conduit for the unrelenting sense of existential fragility at the heart of the human condition.
To the End of the Land is a story about love and unrequited love, about friendship and generosity between men, about parenthood and giving, and mostly about “family work” – the almost heroic effort to maintain the delicate fabric of family in face of the violence and terror, but also the beauty and warmth of Israeli reality.

Hanan Snir is a graduate of the Department of Theatre Arts at Tel Aviv University and of the Royal Academy of Dramatic Arts, London.
He was a trainee director at the Royal Shakespeare Company under Peter Brook (1970) and directed at the Royal Academy of Dramatic Arts, London (1970-72).
He was a resident director at the Beer Sheva Municipal Theatre (1972-74) and was associate director at the Cameri Theatre of Tel Aviv (1977-82).
Since 1984 he has been associate director at Habima National Theatre, where he was artistic director from 1992-93.
He received the Israeli Academy Prize for Best Production, Best Director, and Best Translator in 2007 for Sophocles’ Antigone, and won Best Play and Best Director in 2015 for Tadeusz Słobodzianek’s Our Class.
He is a certified psychotherapist and holds a diploma in family therapy, psychodrama, and cognitive behavioral therapy, and a Master’s degree in counseling psychology from Boston University.
He has received numerous awards for his productions, most recently the Israeli Theatre Life Achievement Award in 2015.
In May 2017 he won Best Director and Best Playwright for To the End of the Land at the Israel Theatre Awards; the production also won Best Original Israeli Play and Best Actress in a Leading Role.