After sixteen years at sea, Lemuel Gulliver returns home. Isolated in his room, he refuses to meet anyone and only talks with two horses that he brought back with him. He is repulsed by everything and ponders the fate of the human species. After five years of self-imposed isolation, he decides to tell his story for the first time to his wife. Today, he invites you, only you, to listen.
PuppetCinema’s new show, Gulliver, is a modern morality play, a retelling of Jonathan Swift’s satire Gulliver’s Travels. A stage flooded with water and a box containing Gulliver’s thoughts and memories expose Dr. Gulliver’s inner sanctum as he intakes humanity in all its glorious vulnerability. His nightmare is our adventure as we force perspectives never seen before. Giants, savages, artists – judge for yourself who is the most horrible creature of us all.

Zvi Sahar is an actor, director, and puppeteer, and founder of the PuppetCinema method. As an actor, Sahar has worked with several prominent theatre groups in Israel including Itim Ensemble (director Rina Yerushalmi), and the Beer Sheva Theatre Company. With his colleague, Oded Littman, Sahar co-directed and starred in the critically acclaimed Richard III at Tmu-na Theatre and Oedipus Rex at Hasimta Theatre.

In 2009 Sahar established PuppetCinema, presenting its first show, Planet Egg, in the prestigious Puppet Lab at St. Ann’s Warehouse, later touring the US, Europe, and Hong Kong, and chosen as the Washington Post Editors’ Pick. His next show, Salt of the Earth (The Road to Ein Harod), produced by HaZira Performance Arts Arena, had its US premiere at BAM Next Wave Festival 2014, followed by extensive European tours. His new work, Suddenly, based on acclaimed Israeli author Etgar Keret’s short stories and produced by the Cameri Theatre of Tel Aviv, opened in July 2017 and received great reviews. The work will be presented in New York at BAM Next Wave Festival in December 2017. Gulliver opened in August 2017. Sahar holds a degree in acting from the SELA Performing Arts Studio in Tel Aviv, and a BA (summa cum laude) in theatre studies from Haifa University.

PuppetCinema – Employing a cinematographic aesthetic, a documentarian’s eye, and the tropes of cinema verité, PuppetCinema productions shape the audience’s focus with a strong and steady hand. The audience has the feeling that the show is being created right in front of their eyes. Reality and fantasy are blurred, and a sort of double vision occurs. What began as a creative experiment in Israel in 2009 has evolved into a mission to explore a dialogue between puppetry, object theatre, film, foley, and live feed. PuppetCinema was born out of a desire to build an artistic synergy between these complementary mediums, where they can happily coexist and thrive. 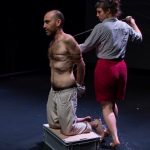 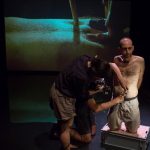 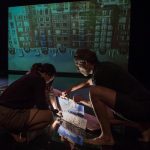 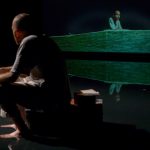 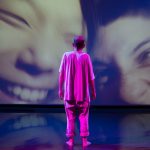 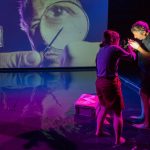