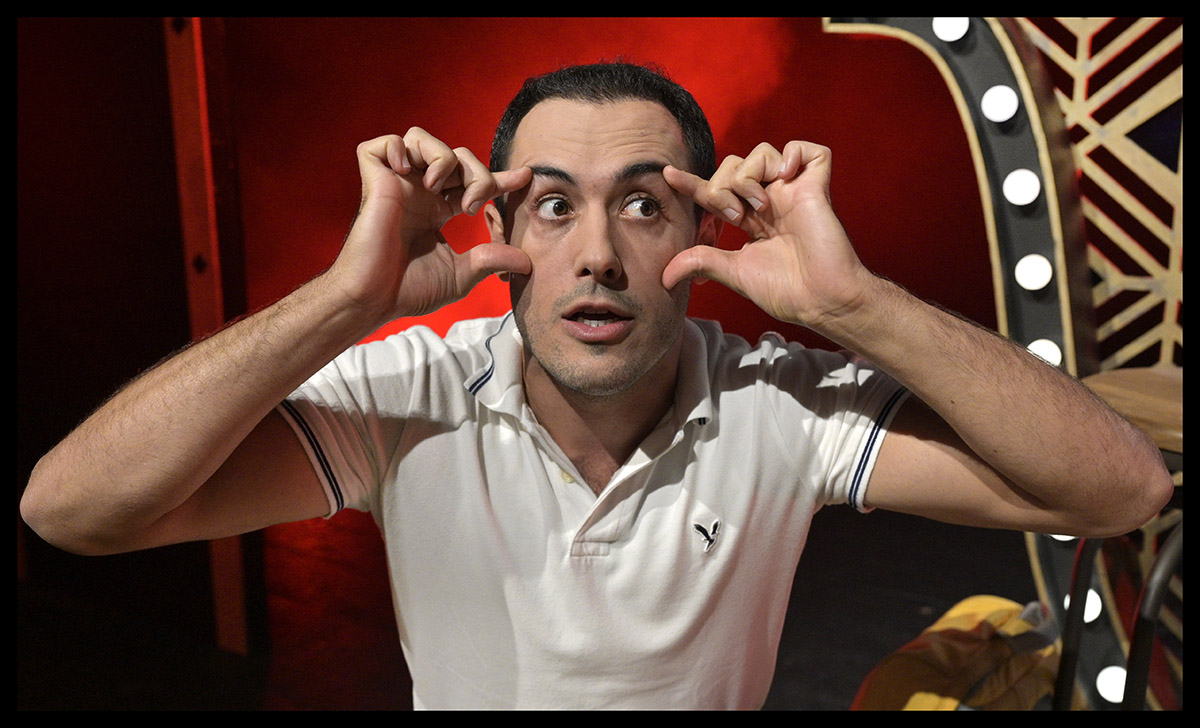 “It is sometimes said that problems with your eyes are the result of seeing something you shouldn’t have in your childhood.”

The show relates the amazing story of Asaf Ben Shimon, his inspiring handling of his loss of vision, as we follow his journey to fulfilling his dream of becoming an actor. This is a hilarious and moving monodrama about faith, dreams, and recognition of the goodness all around.

Asaf’s genetic disease, known as RP, presents a slow and gradual loss of vision. His daily challenge to solve and overcome obstacles results in infinite solutions: How to get through a first date in darkness, how to get home by bus, how to dare and audition for acting school. The stigma of considering a blind person as a victim is broken by allowing the spectator to experience things from Asaf’s perspective. Emphasis is on the human soul with its dreams, aspirations, and abilities, rather than on the physical handicap. In order to achieve one’s goals, one must live in the present and continually battle with negative feelings from the past and fears for the future.

The show incorporates theatrical elements from Assaf’s roots: the culture of North Africa, symbols, music, songs, and set design. His wonderful stories meet the wisdom and words of Shakespeare, the world’s greatest playwright. The combination of these opposing worlds will provide a magical theatrical experience accessible to all.

Sarel Piterman is known for his leading role in the acclaimed TV series Shtisel, which is also playing on Netflix. His credits as a screenwriter for TV and film include Why Who Died? and Douze Points (TV series), and The Electrifiers (feature film).

Asaf Ben Shimon is a TV and film actor. He received the Award for Best Actor for his role in Dover Kosashvili’s feature film Infiltration. He also starred in the American feature World War Z. 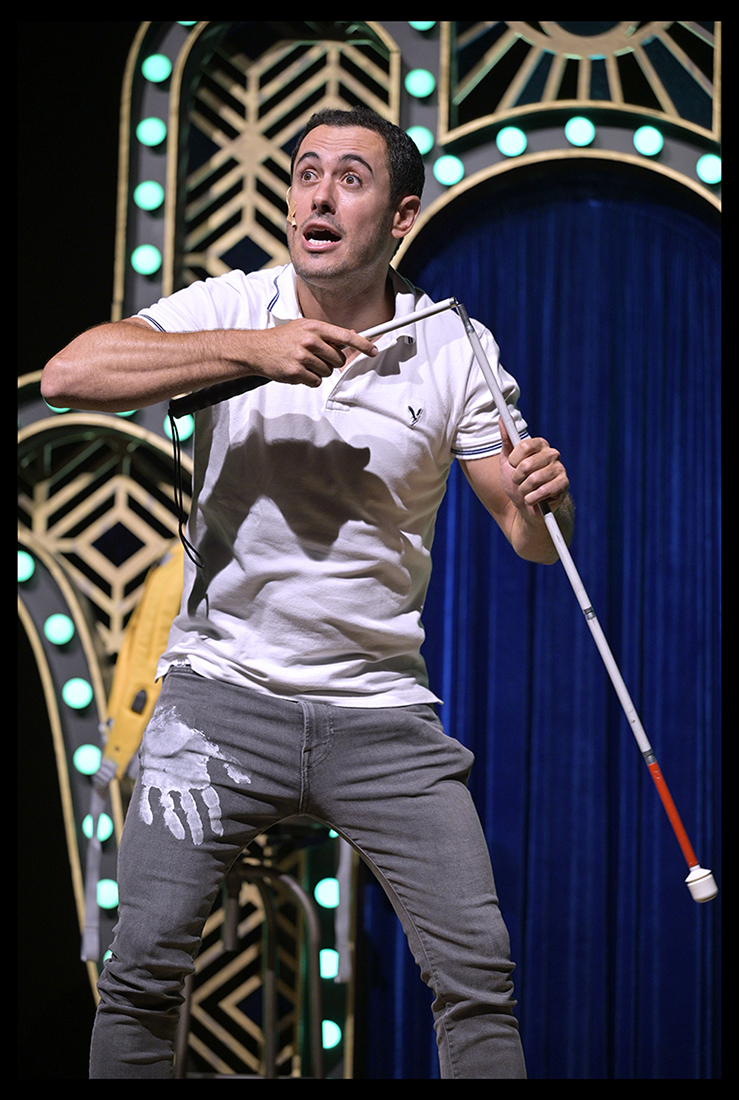