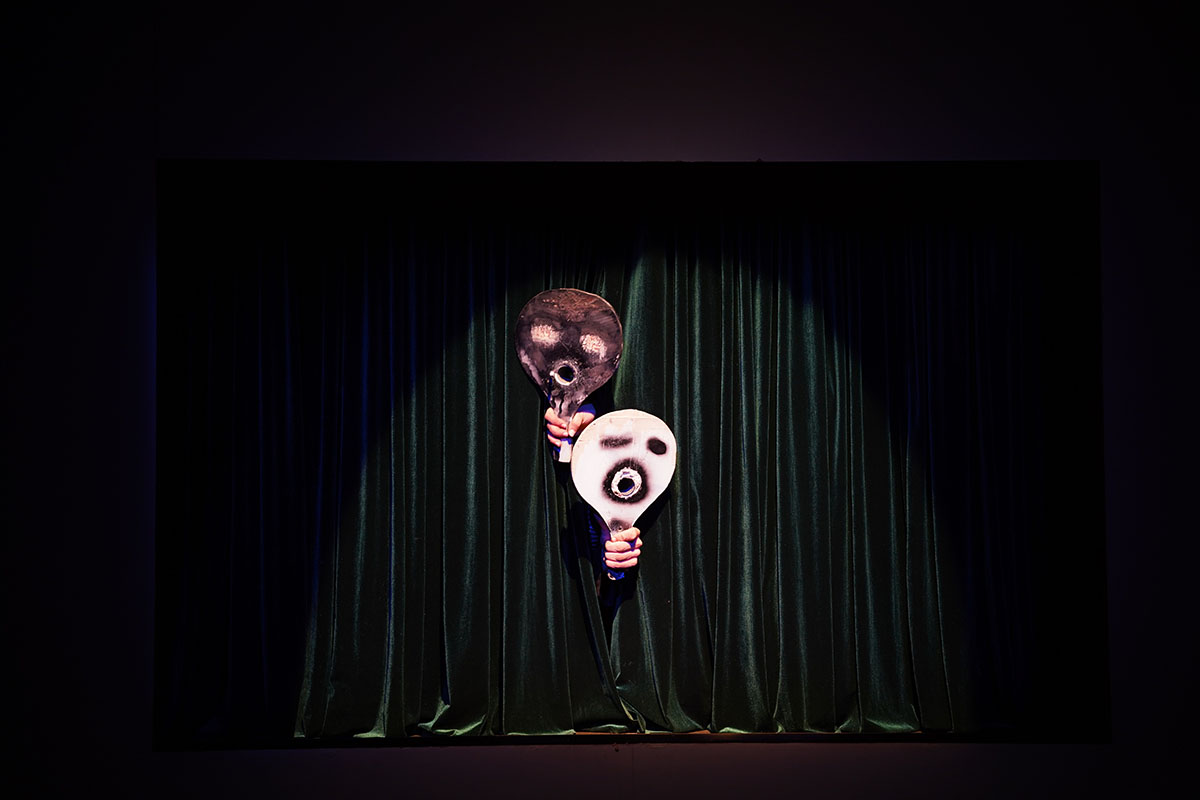 Finally, the theater curtain opens. Two friends are sitting on a park bench, when one confesses about a vision he has: Sometimes he can see through the eye sockets of a stranger. As they talk, the same stranger is hiding nearby, lurking behind the bushes, peeking at the two.

The Water Boy and the Water is a journey within the depths of the theater. A miniature spectacle without any highlights. A tiny puppet theater without any puppets. What begins as a promise for a story and a plot, collapses into a haunted, lonely and anxious space, where the search for human warmth stretches to infinity into the black cube’s abyss.

Ariel Sereni Brown (b. New York, 1994) is a theater maker based in Tel Aviv. His works have been commissioned and shown in Germany, Greenland, Denmark, Lithuania, Serbia and Israel.

Brown’s body of work re-examines the way in which cultural, geographical and political environments intertwine into the imaginary space of the theater stage and produces an interplay between the fantastic and the concrete, glorious stage traditions and subcultures, post dramatic strategies, and post internet imagery.

Brown’s works are based on a well written drama, derived from unique formats of “Theater,” designed for an impossible performance: a tiny theater built in a bank’s abandoned vault, a nomadic tent pitched in suburban parking lots, a good for nothing fringe metal festival based in a junkyard at the outskirts of a theater festival.

His written plays are threatened by loud images that draw a mind-triggering line between the uncanny and the cringy. Brown’s collaborators often come from different practices, creating a supergroup within the show, offering a dystopic hang of an ad-hoc possible theater troupe. 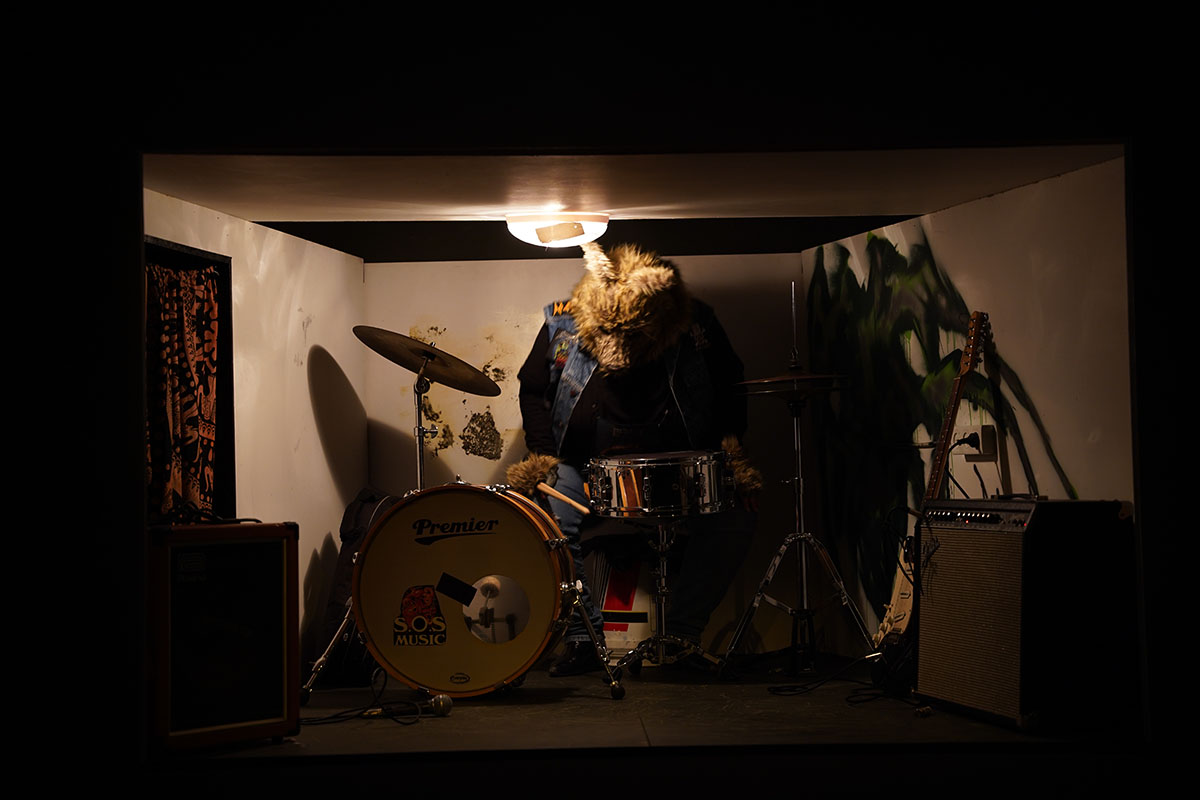 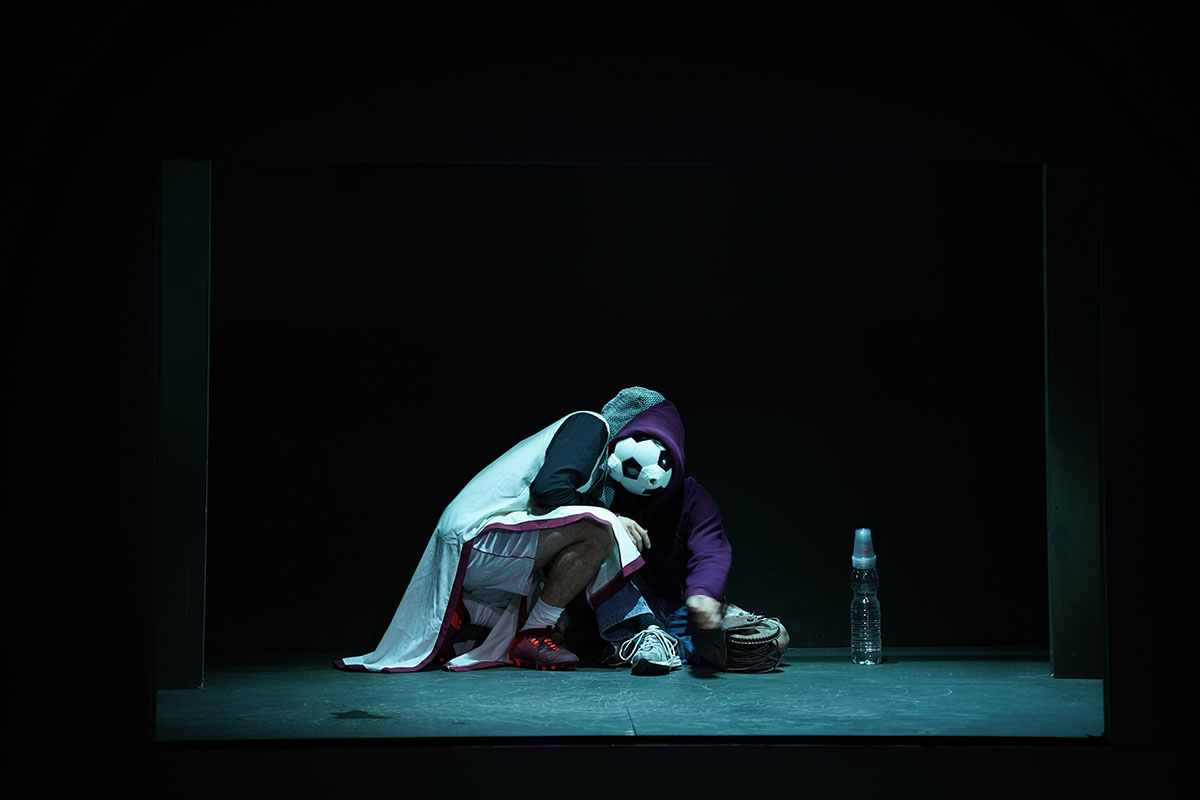 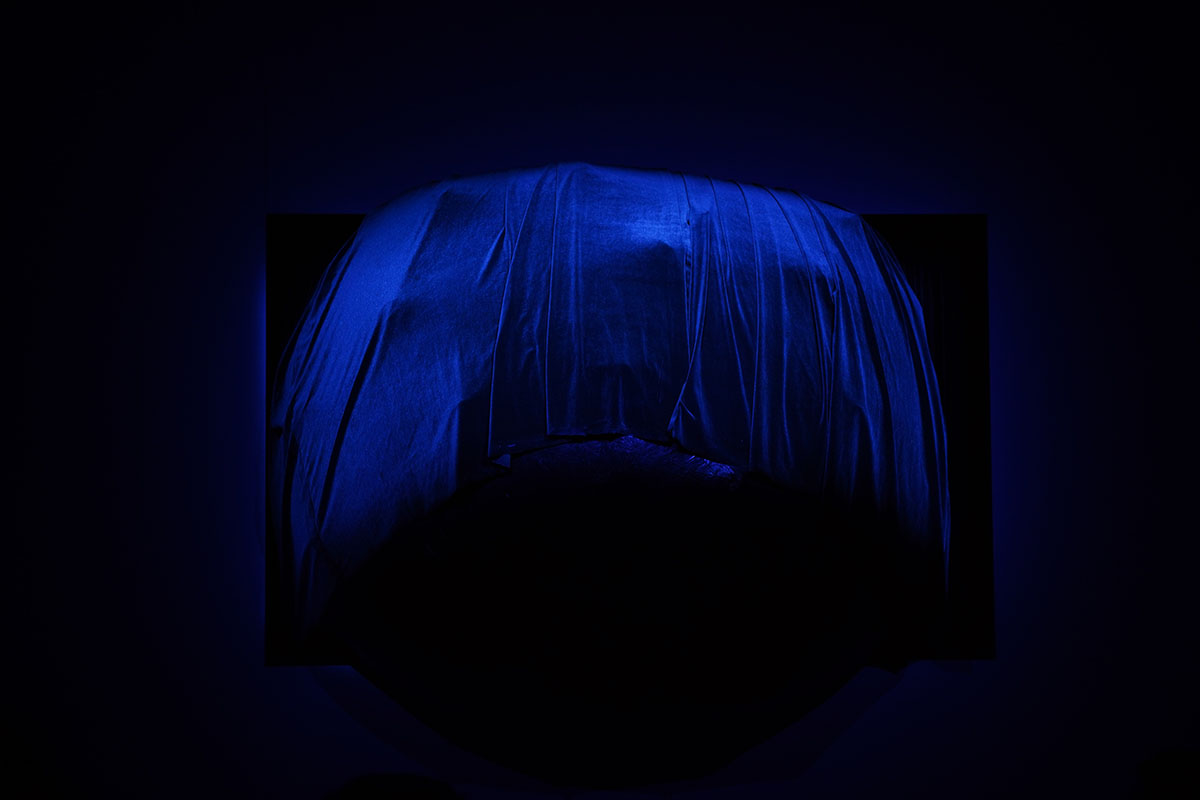