Written and Directed by Nurit Dreamer

Three girlfriends are having a barbecue while sharing sexual fantasies and advice about masturbation. In the time they spend together, they will sing pop songs, and dance folk dances. They will have talks and fights about power and womanhood. They will use gender clichés, subvert them, and cast spells.
KuSHeliRabaK (a curse word in Hebrew-Arabic) moves smoothly, delicately, and sophisticatedly between a post-cliché world of folktales and karaoke in the forest. It develops into a surprising hybrid of female empowerment circles, and an anger management workshop. This is performance theatre, a ritual, and an event that could have quickly developed into something that one might regret later; a nightly picnic that could only take place on a stage, in a place where the movement from truth to falsehood can link together filth and holiness, and renounce them, while referring to them with absolute seriousness. 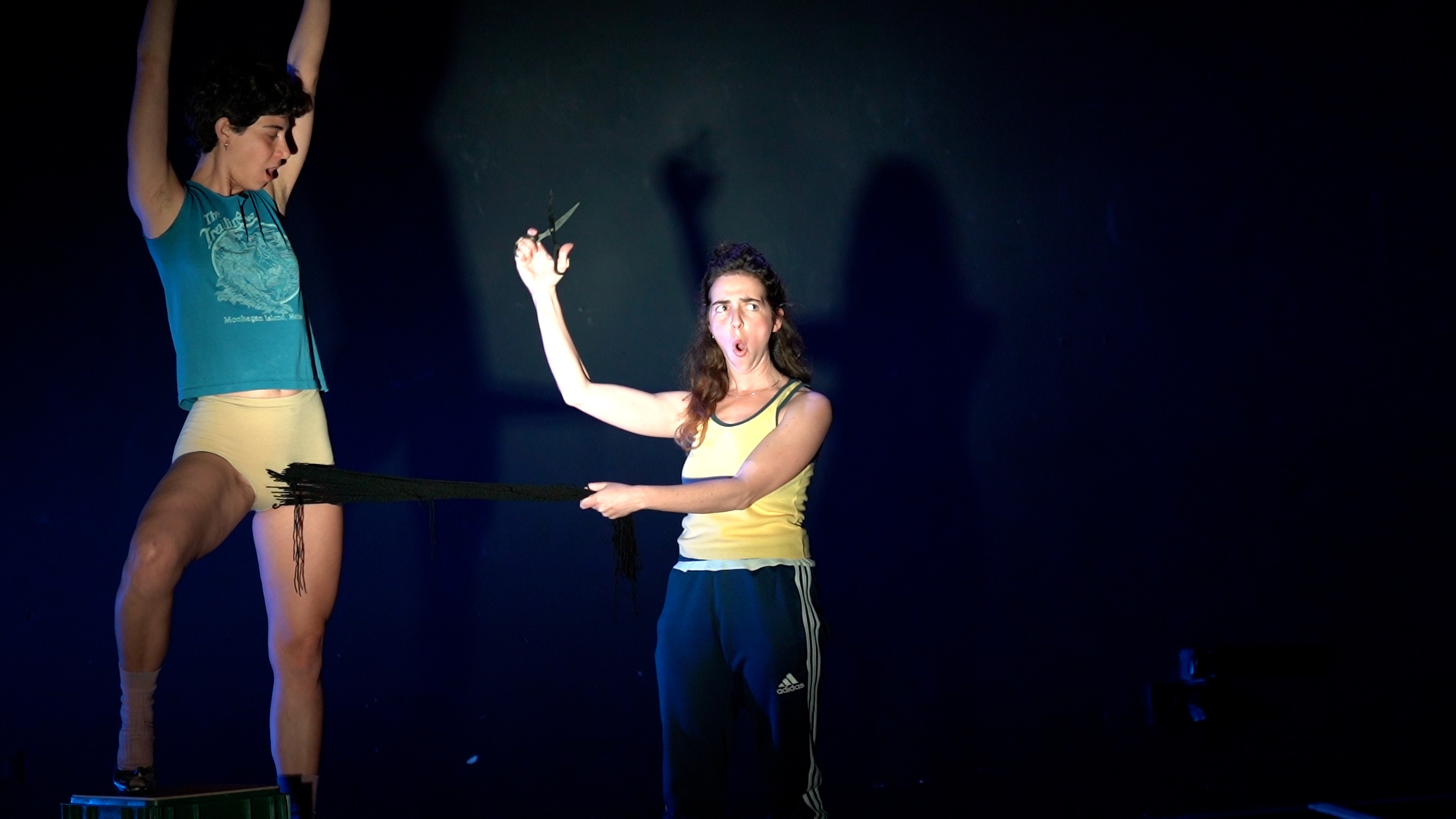 Nurit Dreamer is a director, creator, and performer. She is an artist at HaZira Performance Art Arena. She graduated from the School of Visual Theatre in Jerusalem (2018), and received an award for excellence from the Jerusalem Foundation in 2016 and 2018. She studied and trained in various programs, including with Jan Fabre, Sharon Zuckerman Weizer, Yasmeen Godder and Itzik Giuli, and Maya Weinberg.
She created the stage works: A Show, KuSHeliRabaK, and Solo for a Bear, and the public art works Intimately at the Football Stadium and Talking with Strangers on The Bus.
Nurit has performed her works in several festivals, including Autumn Cult, Intimadance, and the Israel Festival. She has exhibited in Meshuna Gallery, The New Gallery – Artists’ Studios Teddy, and Ma’amuta Art Center in Jerusalem.
She studies cinema and history at the Open University in Israel.