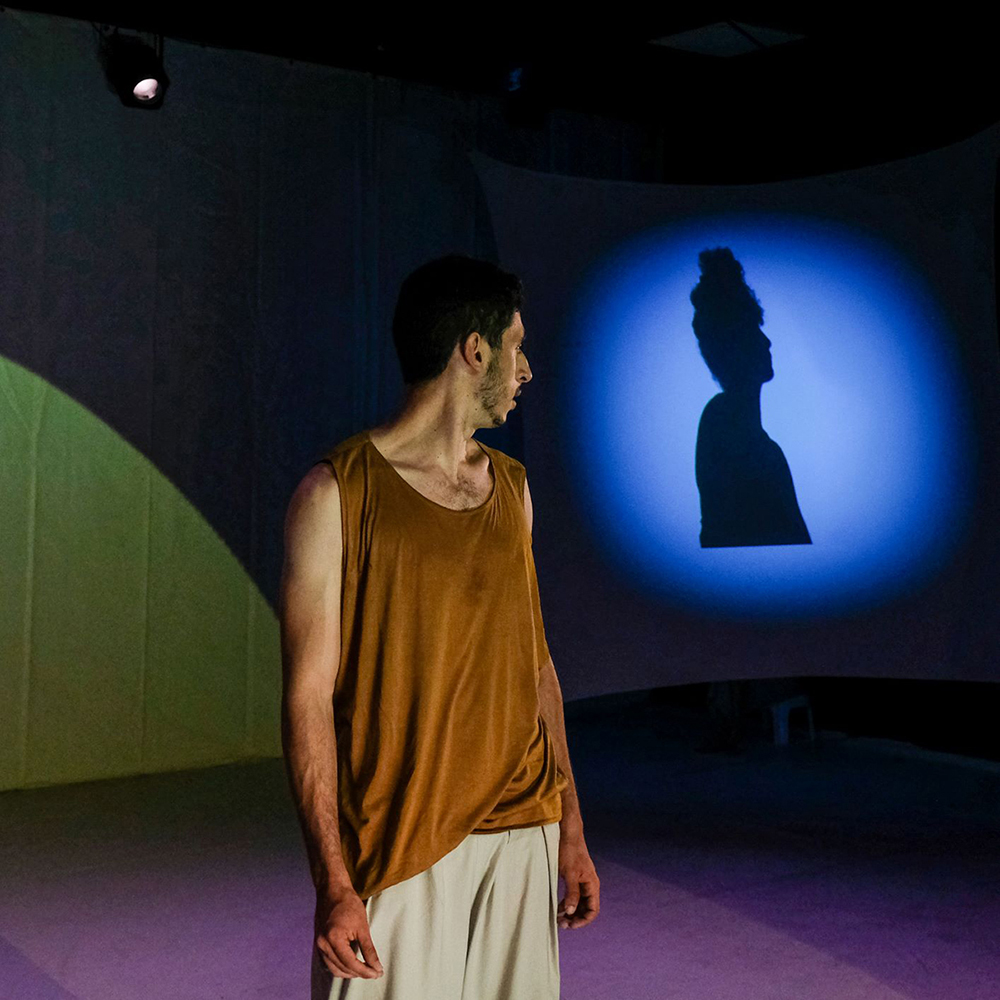 A collage of emotions in the language of movement, poetry, and live music, in which seven actors-creators embark on an exploratory journey influenced by their parents. The work examines the struggle of identities between us and our parents regarding our future – with and without them – as well as questions over the performers’ own future parenting.

The show emerges from a series of poignant personal questions, and from a deep fundamental understanding: our parents are the people closest to us and, at the same time, the most alienated. Is our future known in advance, or do we still have time to escape? And after we escape, where shall we return to? Is our parents’ destiny our natural inheritance? How much influence do our parents have over our identity and our life? Will we eventually turn into our parents? And do we even want to be parents? Do we have a chance to escape the fate dictated by our parents, or might it be genetic?

Rom Sheratzky has been an actor since childhood, and has performed in several theatres and festivals all over Israel, and also in movies. He studied opera singing for many years, as well as acting at Nissan Nativ Acting Studio. At the beginning of the Covid-19 pandemic, he created the performance Patient No. 65 at Habait Theatre. The performance was held in a small windowless room, and included a recovered coronavirus patient, a few future patients (the audience) and Rom. His next show, MAGA – Mom I Love You Please Touch Me, is about the screen as a memory, the body, and the touch in between. It Might Be Genetic is his first full-length play, written in collaboration with the cast.

Marina Beltov Grass is an Israeli director, choreographer, and movement teacher. Marina was born in Ryazan, Russia (former USSR), and is a graduate of the Faculty of Literature and English History at Ryazan State Pedagogical University. In 1981, Marina started studying in the Faculty of Choreography at the Russian Institute of Theatre Arts (GITIS). In 1984, she started working as a choreographer in Moscow’s leading theatres.
In 1990, Marina came to Israel and started working as a teacher and choreographer at Nissan Nativ Acting Studio, and in other leading schools, theatres, and performing arts centers in the country. She is a three-time winner of the Israeli Theatre Award for Choreography for her work at Beit Lessin Theatre and Gesher Theatre. Meanwhile, Marina started directing her own shows, always collaborating with the freshest, youngest, most daring minds around her. When Habait Theatre was founded five years ago, Marina started working as the theatre’s artistic director. Habait Theatre is a home for fringe dance, theatre, and performance. In this short period of time, the theatre has already been marked as a significant actor in the scene of independent, modern, pioneering creation in Israel.