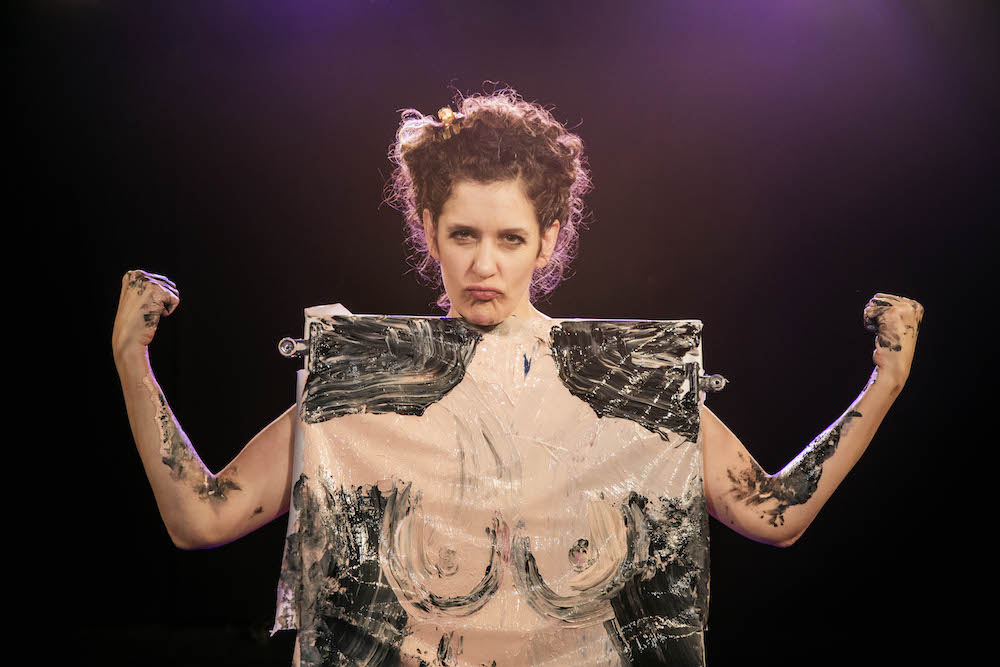 Created and performed by Michal Svironi; Co-Created and Original Music by Johnny Tal

Using brush strokes of color, Michal Svironi creates a new stage language, combining art and theatre to construct a grotesque collage of separation.
Michal raises characters from her past that have left their mark on her, each coming to life in a live artwork creation process, suitable for telling its specific story.
The resulting collage is delicate, poetic, funny, and multigenerational, inspiring us to ponder what is left of our past, and what we leave behind when we are gone. Is it possible to start over? Is there such a thing as carte blanche?

Michal Svironi is a creator, clown, puppeteer, comedienne, and performer. She is a leading independent theatre creator. Her various works have been performed for the past eighteen years in twenty countries (Europe, the Far East, and Africa). She brings a personal, yet communicative theatrical language, using mixed genres and self-humor. A graduate of Ecole Jacques Lecoq, La Sorbonne, and a student of clown master Eric Bluet, among others, her theatre is constantly searching for innovative ways to express deep psychological processes, and transform them into theatrical events.
Her universe is poetic and abstract, absurd and kicking. Specializing in interactivity, she creates both for indoors and outdoors, mixing plastic arts, circus, and puppets.
Svironi’s main creations include: The Man Who Breathes (Not); The Woman Who Breathes Too Much!; Mein Kind – The Dictator’s Mom; The Hood; The Evolution of Love; and Head in the Clouds. Michal looks for the magic in life and on stage, with head in the clouds and feet on the ground!

Johnny Tal is a musician, theatre technician, and software developer. Musically trained as a jazz pianist, he graduated with honors from BPM College (sound) in 2009. In 2011, he joined Clipa Theater, where he works to this day as a technician, composer, and performer.
In 2014, he started collaborating with Michal Svironi, at first traveling as a technician, then as co-creator of Head in the Clouds and Carte Blanche, and now working on a children’s show via Zoom, and live.
Tal has composed and edited music for dozens of theatre projects, winning the Children and Youth Stage Award for Best Composer in 2013. In 2017, he began working on his solo piece Transcendence, combining performance and live music, manipulated by self-created mobile applications.
Today, Johnny works as a software developer for start-up company FunToad, where he designs mobile music applications.

Johnny has created numerous workshops using a combination of code and art for different audiences at various levels. 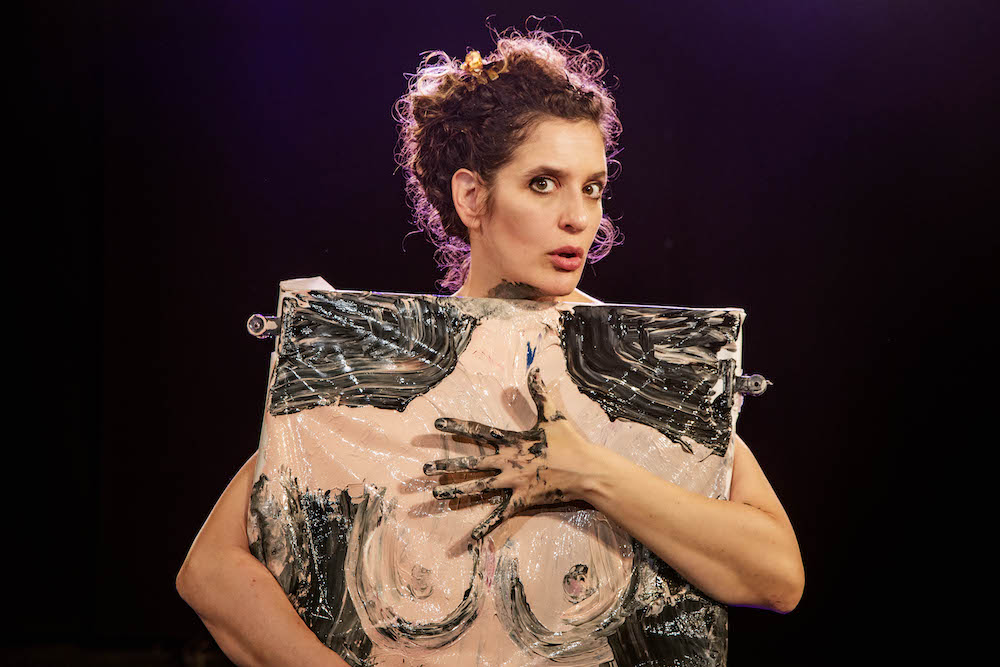 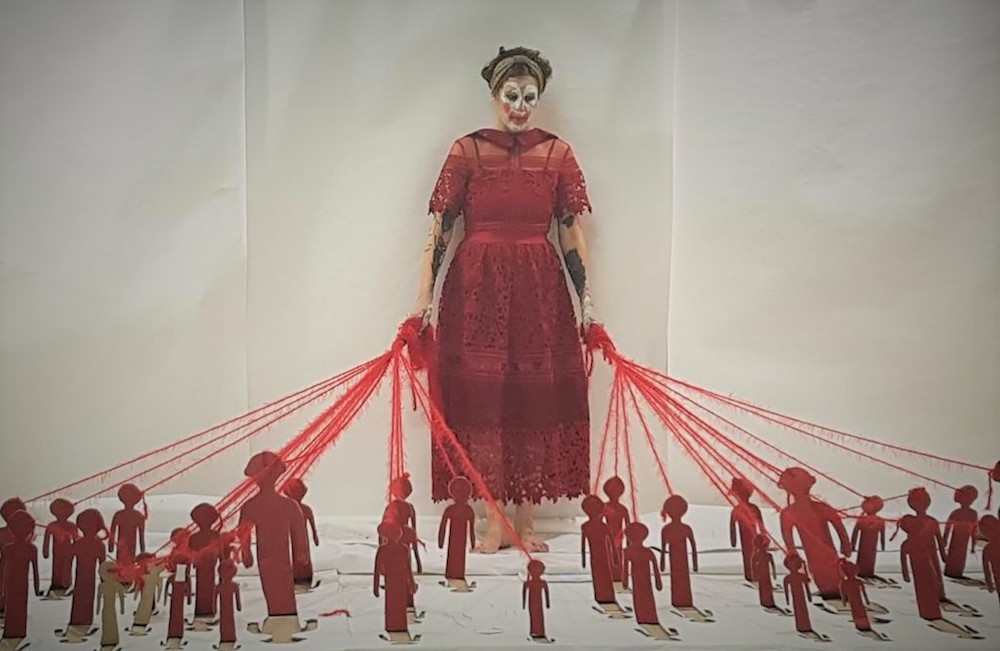 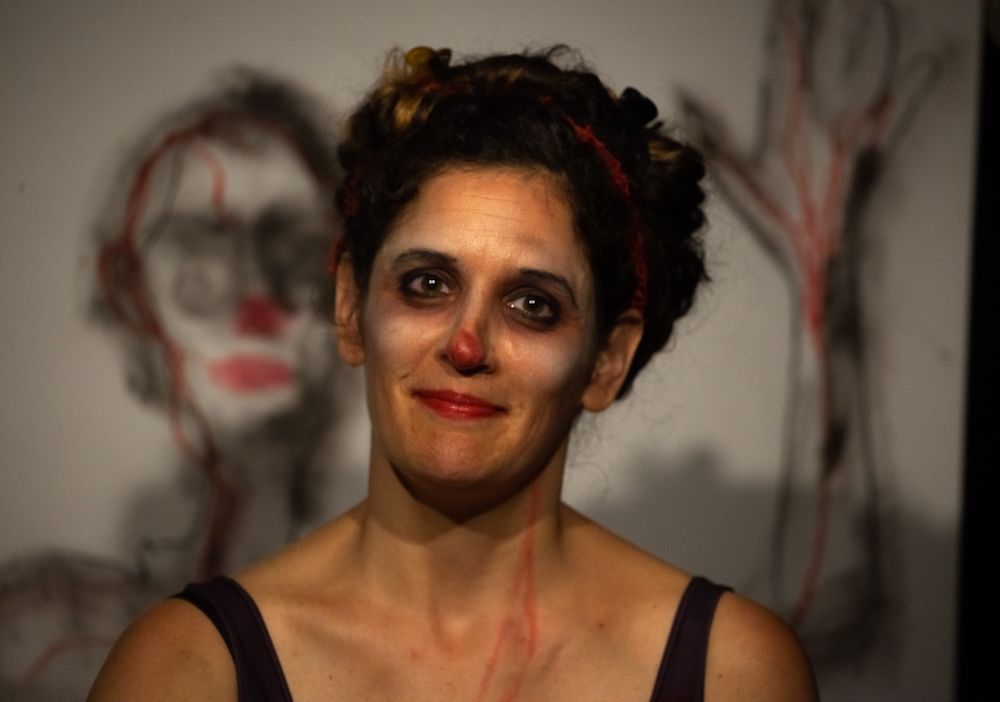 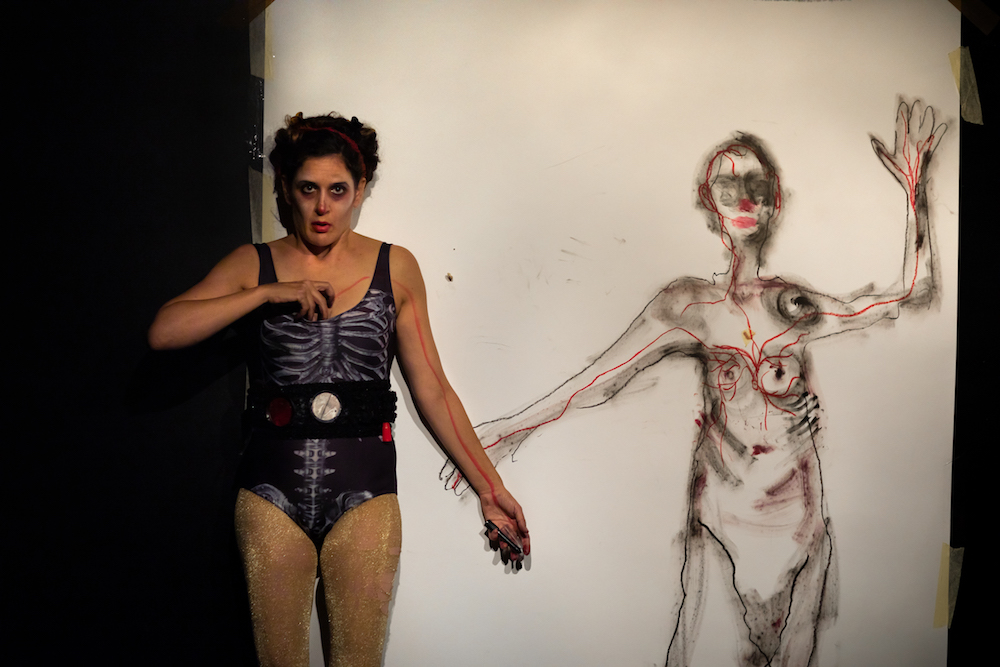 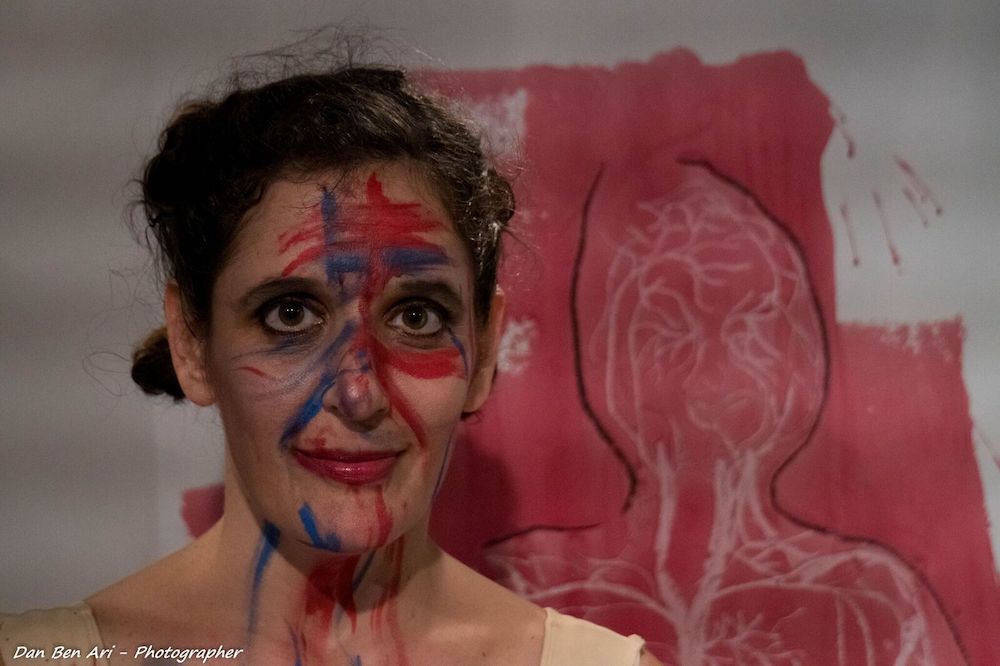