The Ruth Kanner Theatre Group delves into the mesmerizing landscapes of acclaimed Israeli author, S. Yizhar, with three stories about the three local seas: The Sea of Galilee, the Mediterranean Sea, and the Dead Sea.
The text is dramatized with turbulent dramatic scenes, in sweeping motion, crazy choral singing, and intriguing video art.
At the heart of the frenzy, in a dizzying confrontation with the wind, sea, and time, the rhythm of man’s orderly actions goes awry. Then, in a moment of a complete stillness – the trace of a secret is revealed.
The three stories:
Walking by the Sea – a story about first love from five changing perspectives.
Swimming in the Sea – questions about survival and redemption in a work for a company of actors.
Running at the Sea – a musical piece for an actress, a musician, and digital files.

S. Yizhar is the literary name of Yizhar Smilansky (1916-2006), one of the greatest Hebrew writers of the twentieth century.
Yizhar’s magnificent writing puts into words the depths of Israeli essence: The sea, the mountains, the star-studded sky, the people, the plants, the ants, the sounds, the shades of haze, the wars – all these crystalize into accurate, innovative, woven linguistic textures.
Yizhar was always an independent thinker who expressed critical views about the price of warfare, the suffering of Palestinians, the destruction of nature due to modernization and urbanization, and the dangers of conformist education.

Ruth Kanner is a creator of experimental theatre. She is currently a professor in the Department of Theatre Arts at Tel Aviv University, a guest teacher at Juilliard School of Drama, NYC, in the spring semester, and she leads the Ruth Kanner Theatre Group.
Since 1998, the Group has engaged in exploring its own surroundings by searching for a local theatrical language, interweaving storytelling, physical theatre, and visual imagery. The Group’s reexamination of Israeli narratives is performed through literary and documentary texts.
The Group has gained great acclaim in Israel and around the world, and won many awards. It has performed in numerous festivals abroad, and recent tours include Tokyo and Kyoto (2018), Madrid (2018), Frankfurt (2014), Beijing (2012 and 2013), Cyprus (2012), Wales (2010), and Zagreb (2008). 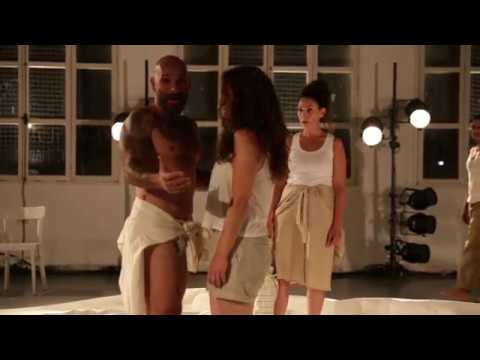