Adapted and directed by Yevgeny Arye.

Israel (Sasha) Demidov returns to the role of enslaved Talmudic scholar Jacob.
The play, based on the immortal novel by Bashevis Singer, tells a story about love, sincerity, and sensuality in a world of aggression and murder. Jacob is a Jewish scholar who is sold into slavery after the pogroms against Polish Jews. There, struggling to preserve his Jewishness, he finds himself falling in love with Vanda, the daughter of his Christian master. The love and forbidden desire they share send them on a journey from which there is no return.

A masterpiece of space design, a plot typical of a cinematic blockbuster, and an excellent cast. No Israeli director achieves such quality. Images from the play will stay with me forever.(Ynet)

A beautiful adaptation of a rich and timeless story, Yevgeny Arye’s stage language gives full expression to his abilities, and the actors are simply wonderful. This production wholly justifies itself, and is highly recommended. It is relevant in content and form, and exceptionally moving. (Haaretz)

A powerful and impressive experience. The choreography creates gripping and breathtaking intensity. (Walla!)

A powerful and well-orchestrated performance. Engaging, and with a surprisingly relevant message. (Yedioth Ahronoth)

Yevgeny Arye was born in Russia, where he received his educational background – a BA in Psychology from Moscow State University, and an MA in Theatre Directing from St. Petersburg Institute of Theatre Music and Film. During his successful career, Arye has frequently been invited to direct in leading theatres in Moscow, St. Petersburg, and Riga, and has served as an associate professor at the Russian Academy of Theatre Arts in Moscow. Under Arye’s leadership, Gesher Theatre gained prominence in Israeli culture, and was named one of the best theatres in the world. More than sixty of his productions at Gesher Theatre received numerous awards and rave reviews. For his outstanding achievements, Yevgeny Arye received Honorary Doctorate Degrees from the Hebrew University of Jerusalem, the Weizmann Institute of Science, and Bar-Ilan University. In 2017, he received The Israel Emet Prize for Art, Science and Culture. 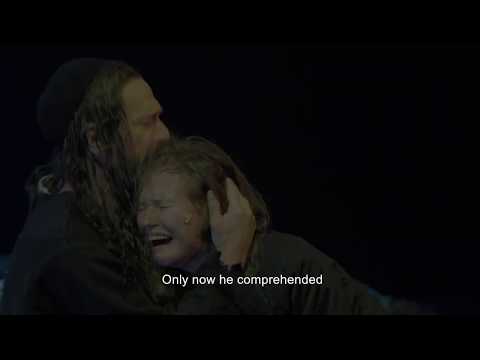