In Israeli theatre, soldiers and army appear in historical, comic, tragic, fantastic, and parodical contexts. The presentation will discuss a number of productions from the past season’s repertoire, and also present scenes from Commander to Skirt, Knock Knock, and Dragons and Whores. The scenes range from a cabaret of army entertainment troupes to bereavement, from the place of women in the army to an attempt to escape into the realms of fantasy, from militarism to pacifism.

An energetic and brash satirical cabaret exposing the unnerving truth behind military morale-boosting chants and the songs of the Israeli military singing groups, which are an intrinsic part of Israel’s social and cultural ethos throughout the years.
Utilizing their personal experiences, plenty of humor, and the audience itself, the show’s creators raise poignant questions about the way the dynamics between men and women in Israeli society were formed and set, and prove the immense power words and lyrics have in affecting minds and creating reality.
*All the songs and texts in the show are true to the original military group songs and morale chants gathered from the field.

The issue of gender inequality is related to the audience in a witty, innovative way, which is both hysterically funny and deeply disquieting all at once. (Time Out Tel Aviv)
The lyrics and words of this repertoire cannot be cited in print, but the high-ranking officials of the army and the education system need to hear them. (Haaretz)

Keren Shefet, Chen Lugassi, and Adi Drori are recent graduates from the Kibbutzim College School of Performing Arts. In 2017, there was a wave of painful and disturbing incidents involving sexual harassment, violence against women, and exclusion of women from public space, and extreme cases and statements regarding this issue were reported in the media almost daily. These three young women decided to speak out and create a show that will bring this issue to the forefront of public discourse, and attempt to cause a deep and meaningful shift in people’s mindset and actions.
Commander to Skirt is the trio’s debut production, and they have been performing it around the country independently for more than two years.
The three continue to act and create theatre productions touching on the pressing issues in Israeli society and the reality in which they live and work. Knock Knock describes what it’s like to be a parent in the shadow of armed conflict. The play traces the journey of Ilana, a single mother whose job as an Israeli Casualty Notification Officer is to knock on the door of families whose sons or daughters have been killed in war. Her conflict between motherhood and civic duty reaches a deafening climax when her only son chooses to serve on the frontline of battle.
Performed entirely by Niv Petel, this immersive physical mono-drama cuts through the thick curtain of politics to tell a story about parenthood, friendship, love, and sacrifice.
ThreeWeeks Editor’s Award winner, Edinburgh Festival Fringe, 2017
Critic’s Choice, United Solo Festival, New York, 2018

Niv Petel is a writer, performer, and director. He originally trained in Israel, at The Performing Arts Studio founded by Yoram Loewenstein, Tel Aviv. Niv has worked in theatre, television, and voiceovers, and won the 2014 Award for Best Actor in Theatre for Youth and Children for his role in the one-man show Snowball. Theatre credits in Israel include: Much Ado About Nothing; The Comedy of Errors; Company (Beer Sheva Theatre); Mother of Him (Beit Lessin Theatre); You Will Not Play Wagner! (Jerusalem Theatre); and as assistant director for Leah Koenig in Do I Win or Do I Lose (by Roi Horovitz at the Cameri Theatre of Tel Aviv). Niv is the Israeli voice of Hiccup in How to Train Your Dragon, and of Michael Banks in Disney’s Marry Poppins Returns, among many others. Since graduating from London’s Mountview Academy of Theatre Arts in 2015, Niv’s credits in the UK include: Not Moses (Arts Theatre); La Strada (UK tour and West End season). TV credits include: Green House Academy (Netflix); Special Ops; and Srugim (YES Drama). 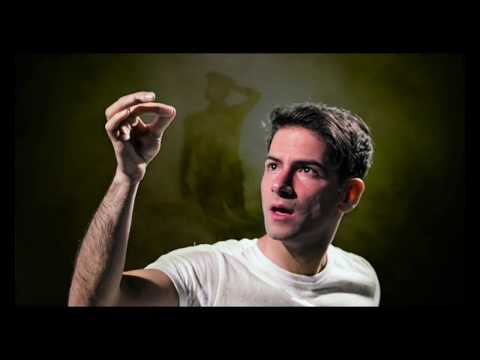 Dragons and Whores is about a faraway imaginary kingdom where the economy is failing, the people feel choked, and have to give up their dreams in their struggle for survival.
In the guise of an ancient legend, the ills of the present are exposed – economic hardship, employment difficulties, and arbitrary prohibitions every other day.
The kingdom is exhausted, and the wizards, the knights, and all the liberal professions are gradually becoming redundant.
Eric, squire to Knight Ferdinand, tries to hold onto his profession and remain a squire at all costs, but the world around him is changing – his wife, friends, and the kingdom are all moving on toward a world without fantasy where everyone is preoccupied with collecting a few coins in order to survive another day. His attempts, despite the difficulties, to fulfil his “vocation” and remain a squire, take him to places he never dreamed of finding himself in…
The howl of the last dragon in the kingdom can be heard in the background; he, too, is trying to fulfill his potential before he becomes extinct. At the last minute, the dragon’s salvation appears from an unexpected direction, and sets in motion a sequence of events that lead to the inevitable end.

Boaz Debby was born in 1979, and grew up in Ramat Hasharon. He graduated from the Directing and Theatre Teaching Program at Kibbutzim College in 2007, and from the Sam Spiegel Film School in Jerusalem in 2013.
He served in the IDF as a commander in the Paratroopers Brigade.
Writing for theatre: Dragons and Whores (winner of the 2018 Akko Festival of Alternative Theatre Awards for Best Show, Best Play, and Best Actor ); Hitler, the Robot and the Knife (winner of the 2007 Akko Festival of Alternative Theatre award for Best Show); You, Me and Shraga (winner of the 2006 America-Israel Playwright Award). Films and Festivals: Hives (2012, co-writer and co-director), international student film; My Father is a Bird (short film, writing and directing), official competition at the Jerusalem Film Festival (2013), which won second prize at Toronto After Dark Film Festival, Canada (2013), and Fantastic Fest in Austin, Texas (2014). His films were screened at the International Film Festival in Croatia, San Sebastian Festival in Spain, Paula Festivals, Motovun Festival in Croatia, Icon Festival in Tel Aviv.

Eran Ben Zvi is an actor and director. He graduated from Nissan Nativ Acting Studio, and from the Directing and Theatre Teaching Program at Kibbutzim College of Education.
He has performed in most fringe theaters in Israel: Tzavta Theatre, Hazira Interdisciplinary Theatre, Tmu-na Theatre.
Eran performed in PFFFFFFFFFF by Yaron Edelstein and Aharon Levin at The Incubator Theater (winner of the 2013 Akko Festival of Alternative Theatre).
He joined Notzar Theatre in 2010.
Acting: Arava by Aharon Megged, directed by Dalit Milstein; Mountain in The Mountain Trilogy by Yaron Edelstein, a role inspired by the character of Ariel Sharon; and The Ephemerals, written and directed by Yaron Edelstein.
Directing: Know the Milky Way (Tzavta Theatre), Flowers on the Railroad (Notzar Theatre), Dragons and Whores (winner of the 2018 Akko Festival of Alternative Theatre Award for Best Show).
Films: Good Boy Jerusalem, The Day After I’m Gone. On television he played in Ron, Enthusiastic, Operation Hedgehog, Leading, and others.
Children and Youth Theaters (Orna Porat, Mediatheque): Puppeteer in Sesame Street, Hop Kids TV Channel, Educational Television, commercials. .