A Midsummer Night’s Dream in Space is a shameless, intergalactic adaptation of Shakespeare’s hallucinogenic comedy classic. It highlights the play-within-a-play of the Mechanicals, a group of skilled craftsmen but incompetent actors, who are preparing to perform at the forthcoming royal wedding. The craftsmen, whose manual skills are obsolete in today’s society, have been replaced by characters from popular entertainment culture. Their mission is to perform their play in space and connect with intelligent life forms, but they soon fall victim to fairies, magic, and seduction. Accompanied by love dolls and sex toys as stage props, the adaptation brazenly examines the attraction between pop culture and the billion-dollar porn industry, creeps into the perversions and distortions that result from consumerism, and raises the price that humankind is required to pay to retain the final frontier of fantasy.

A bold, intelligent, and creative show. It is possible to write a complete seminar about it, analyzing every nuance and choice in it. And you can just go see it. In fact, it’s a must. (Haaretz)

Ariel Bronz (Odessa, 1984) is a director, playwright, performer, and poet. He joined Clipa Theatre in 2015, and currently serves as its artistic co-director and house dramaturge. He also teaches Shakespeare at Nissan Nativ Acting Studio, the leading performing arts school in Israel.
Bronz’s works tackle complex political issues that tend to be repressed in society. They often oppose the politically correct, and clash with social prohibitions in an attempt to expose the hidden hypocrisy in society. He does this defiantly, with derision, and true anger, but also with great humor and humanity. His targets for criticism vary from the Israeli occupation of Palestinian lands to its inevitable results: militarism, violence, conservatism, and racism.
Bronz’s style is characterized by a constant examination of boundaries, gleefully exceeding the boundaries of good taste to shake the audience out of its apathy. He exploits elements from pop culture and mainstream media to make his harsh message possible to swallow, and creates a synthesis between reality as an absurd scenario and fabrication as possible, and a probable scenario.
In 2019, Bronz received the prestigious biannual Rosenblum Award for the Performing Arts in honor of his daring body of work. 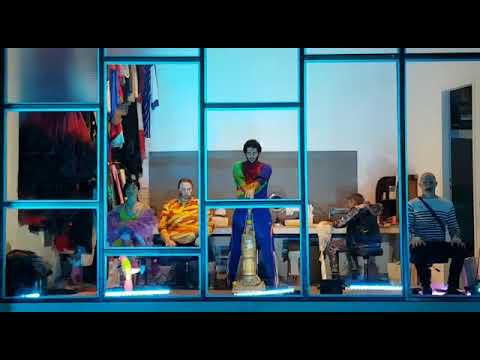